I’m Steffani Cameron. I’m a writer/photographer with a background in journalism. Today I work remotely; writing for clients, and editing the odd scripts and captions for the film industry. I’ve had bylines in places like the Washington Post, where I wrote about why I went nomad. I wrote about that time I had a hysterectomy in Albania, for Yahoo!, and about how immigrants are creating an exciting cheese scene in Western Canada for Culture: The Last Word On Cheese. But probably my favourite story is how travelling in Europe helped me mourn the death of my father, which I penned for Canadian Traveller.

Why yes, I am available for hire. If you’re looking for a copywriter who listens to you and gets your tone right, I might be a great fit.

So, as I work remotely, I’m living my dream. For a while, I thought that my dream was dead.

Maybe you relate. Maybe you’ve also sat at your computer, feeling trapped, envious as others chase their dreams. Bummer, right?

Yeah, been there. Longer than I care to remember, too. Depressed, frustrated, trapped, angry – I was everything but happy.

Change is a Choice

Around my 39th birthday, I finally said screw this, I deserve better. Not because I’m somehow entitled. But… just because it’s out there. It’s possible. You deserve better too. We all do.

I was fed up with being tired, angry, frustrated, and envious. Hell, if no one else was coming to rescue me from my life, then I’d be my own superhero and save myself.

For the 2.5 years, I woke up daily and made the same choice: I’d work hard and not waste that day. Every new day would be one less day between me and my dream life. 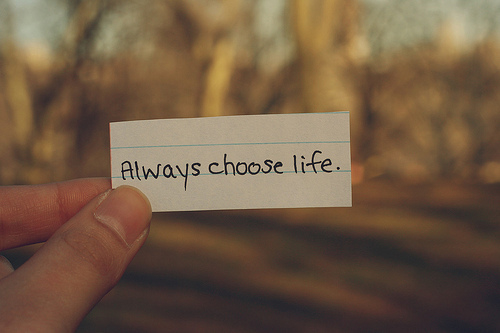 I sacrificed constantly, worked 6 days a week for 2.5 years, set goals. And I counted down. By the third year, I bought nothing new, not for a whole year – unless it was for travel. From clothes to a working tea kettle, I bought it at thrift shops, but I bought as little as I could. Because once you plan to sell everything you own, why buy, right?

That’s exactly what loomed: Selling everything I owned so I could travel the world for five years straight.

As a journalist and photographer, I saw travel as being “the writer’s masterclass”, a roadblock between who I was and who I wanted to become. For 25 years I read travelogues written by others, saying “Someday…”

What a terrible thing, to stop dreaming.

It’s hard to explain that making my dreams come true came down to making just one choice. The trick? Get up daily making the same choice repeatedly.

That’s it. A daily rite of passage: Choose your own adventure.

My dream didn’t include specific places or experiences. I didn’t plan to a fine point. All I wanted was to be in the position where anyplace I wanted to go, I could. I wanted the freedom to actually do anything, anywhere.

After all, I always said I was single for the freedom that came with it, but fell into a banal routine. Routine is great if you’ve got a family or a life you’re enjoying, but I didn’t.

Today, my life is anything but routine.

With one year of travel behind me, I know how right Paul Theroux was: “Travel is glamorous only in retrospect.”

My unglamorous wild ride has so far included:

And… now that it’s over two years later, in 2018, well, I can’t tell you how much else has come my way, including a hysterectomy in Albania and a blown back in Romania. It’s been a long ride, man.

The above was largely written after my first year. I’m in my fourth year, now. Up next? More Europe. Some Canada. South America, maybe. My future is full of unknowns.

This blog is where I share my travels with you. Not in the form of advice and travel guides, but as stories on how I experience places. How they transform me, and who I become as I move through them.

I don’t know who I’ll be at the end of my five years. I’ve changed a great deal. I’m less innocent, more jaded, tougher, more resilient, easier-going, and more adaptable. How do I grow next? Meh. I don’t know, and I suspect I won’t really know the extent of who I’ve become until it all finally ends and I have the space/time to see myself away from the big picture, rather than only ever seeing myself in the throes and chaos of travel.

Paul Theroux also once wrote of long-term travel that, “You go away for a long time and return a different person – you never come all the way back.”

I already know he’s right. There are things I’ll never unsee, truths I’ll never be able to ignore, beauties I couldn’t have imagined, and tests I never thought I’d face, let alone pass. Travel shapes us in ways we can’t foresee, and the more we travel, the more layers we gather. Sometimes I don’t know what to make of who I am, maybe I won’t know for a long, long time yet. That’s okay.

But at least I’ll have told the stories that took me away, for when I’d like to look back.

This is where those tales will be found. I look forward to having you along on the ride.

Steffani Cameron
Originally published in September, 2016, and updated in November, 2018

How it All Began 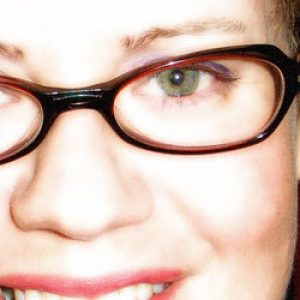 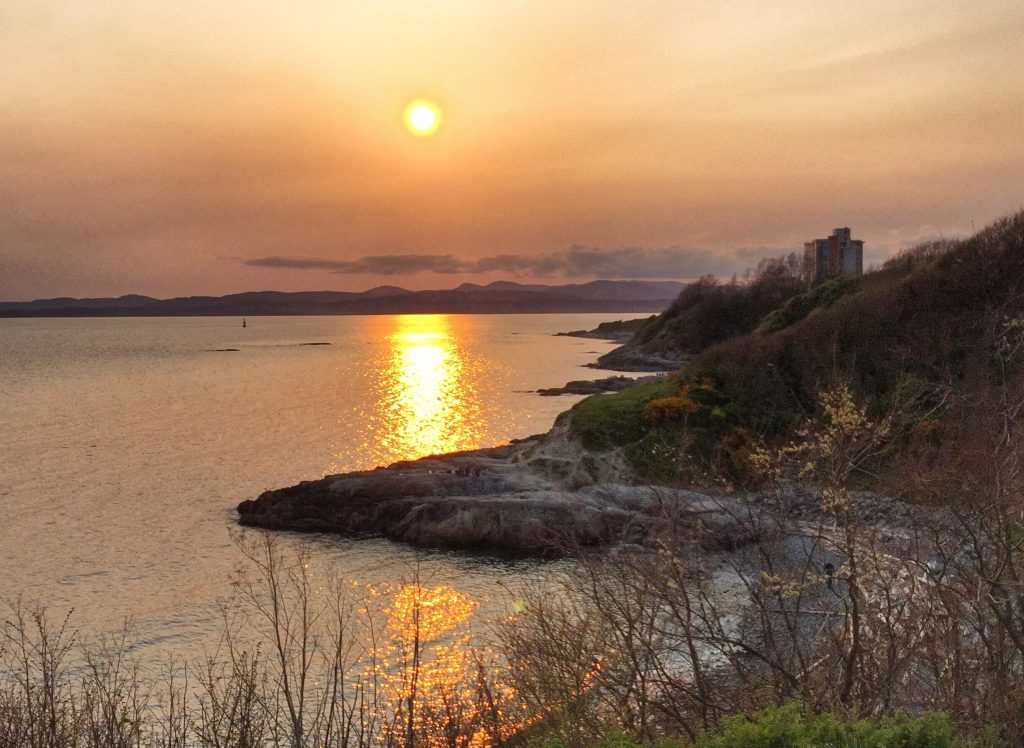 After the darkest patch of my last 20 years, during which I drank relentlessly, was morbidly unhappy and deeply in debt, I moved to Victoria, Canada, with the dream of changing my life and creating a new future.
October 6 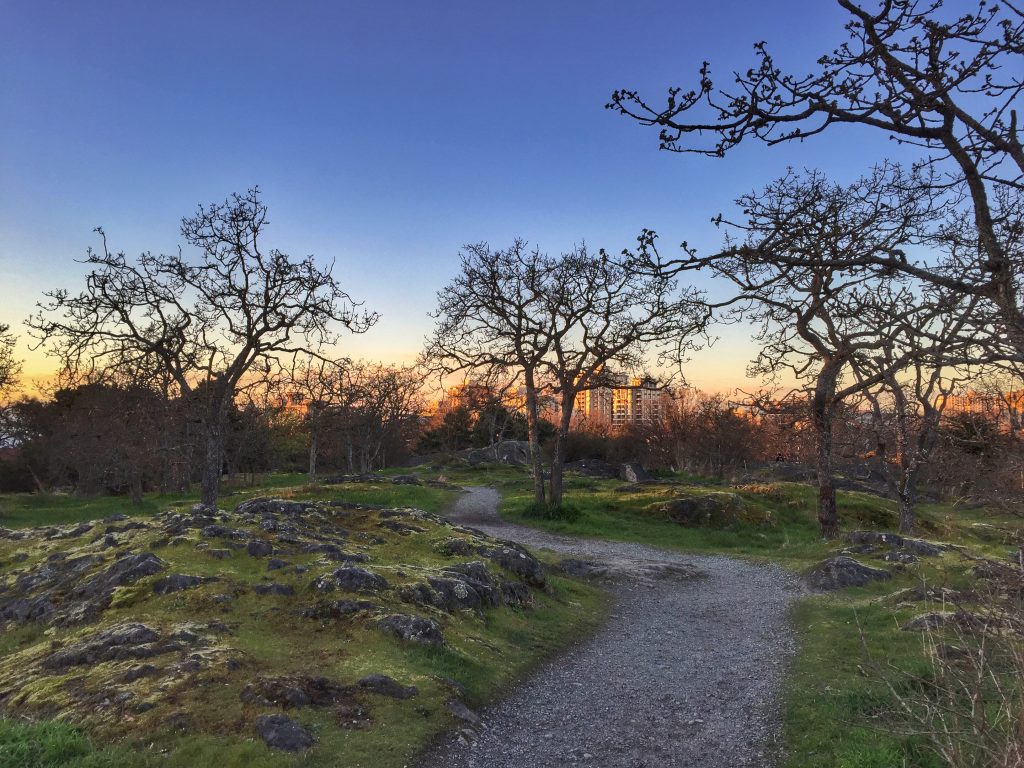 I realized I’d never get beyond solvent in Victoria, and thoughts of moving abroad for a few years began to weigh heavily. But where?
2013
April 6 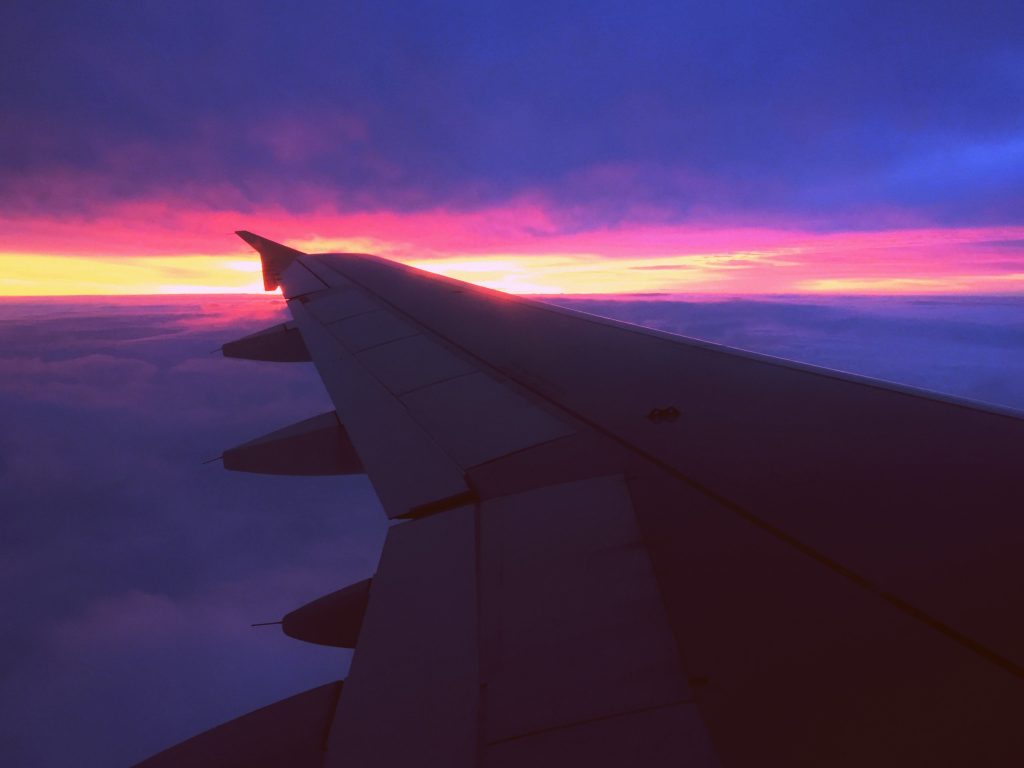 As I watched other friends travelling long-term, “digital nomads” and location-independent living began to intrigue me. With no emigration needed, I sought to learn more.
September 6 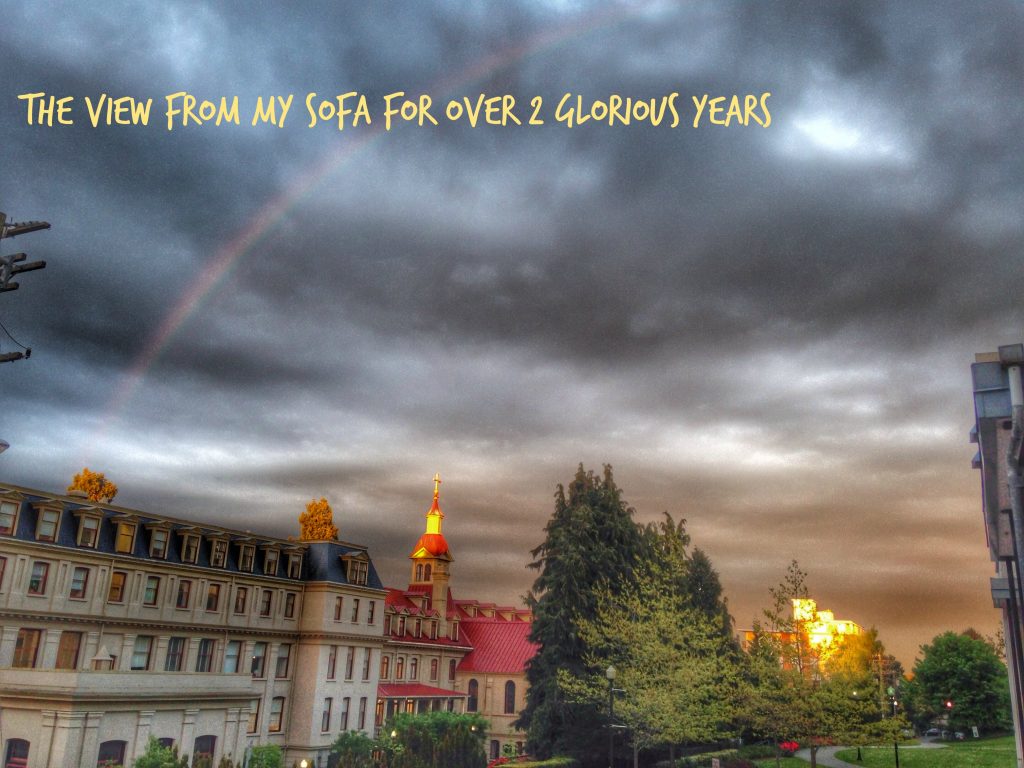 I’d moved to a stunning Art Deco apartment and work was more lucrative than ever. Suddenly my dream of going abroad in five years looked like it could be accomplished in three.
2014
September 6 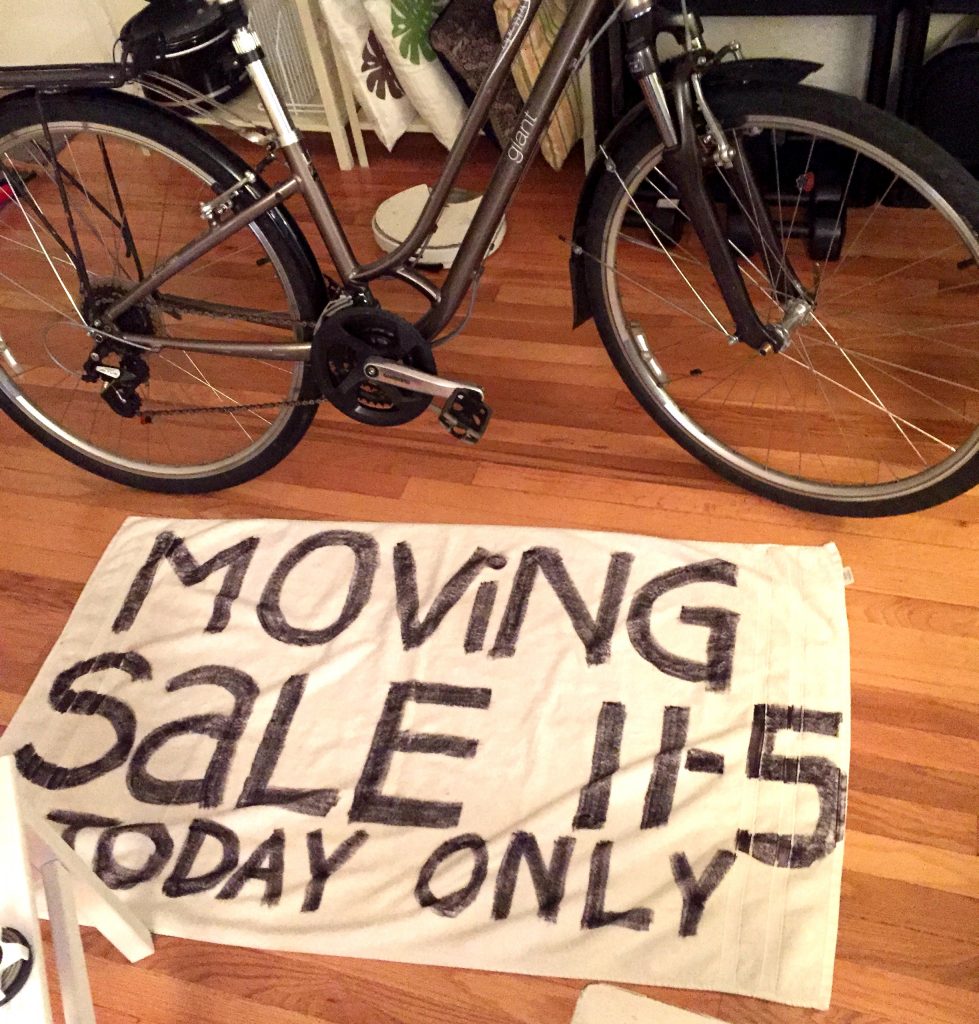 Over a year of working six days a week to pay down debt, I finally began telling friends and family I planned to sell everything and travel. I was met with doubt and skepticism, but resolved to “show ‘em all”.
2015
April 6 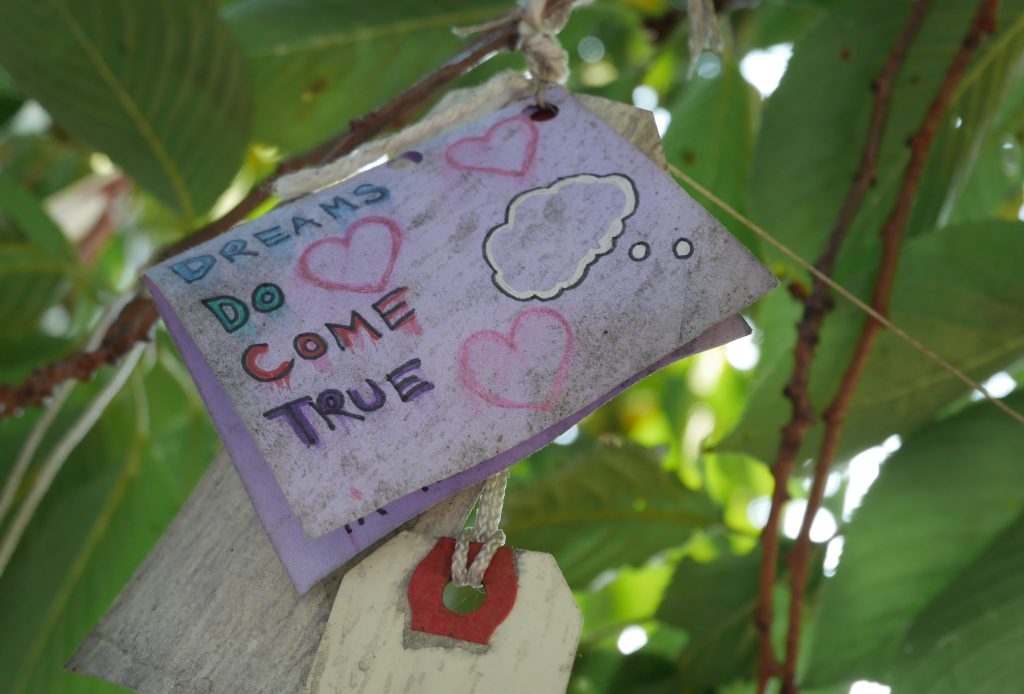 Five years from the date I sold family heirlooms just to pay rent and eat, I bought myself a one-way ticket to London: October 5 was the day everything would change. I officially opted into giving up my home and taking the biggest chance of my life.
September 24 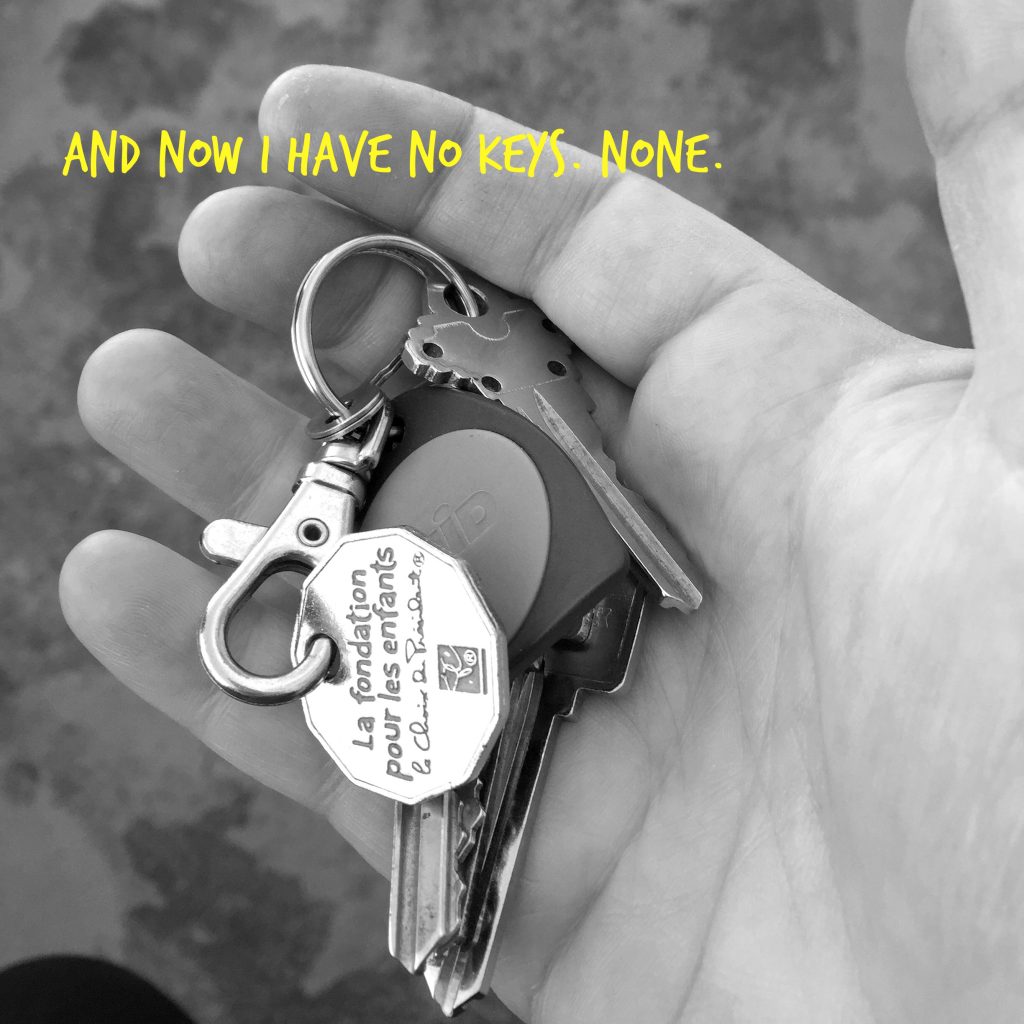 I turned in my key and became “home-free.” Two weeks later I’d be in Zagreb, kicking off the start of a dream I never thought I’d turn into a reality.