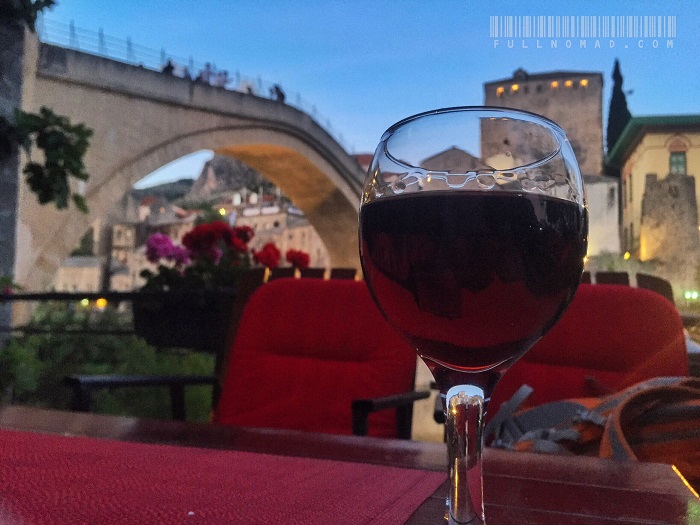 I made the photo with my eye. On Stari Most, I realized it made crap photos, so I looked for a better vantage. Down the river, I saw the other bridge, checked Google maps for how to get there, and added about 1.5 kilometres to my day. There, the sun was mid-frame for the best cropping, which would bleach the photo, so I sat bridge-side in the shade and enjoyed a beer for an hour until the sun shoved to the left a little.

I’m so fixated on getting some shots that I’ve got an expensive app called “The Photographer’s Emeris”. It shows me the sun’s trajectory in any given spot on the planet, along with the sunrise/runset times and angles. This allows me to plan for a photo in advance, without even landing in that city yet. 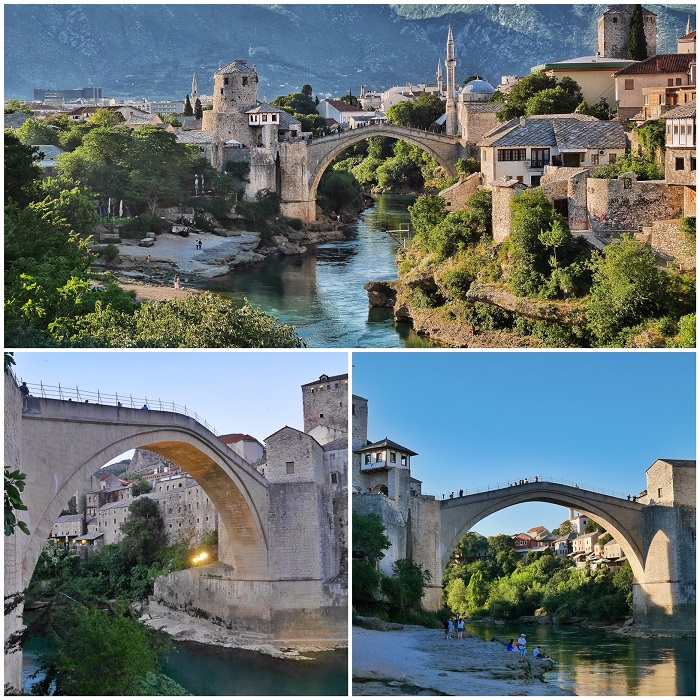 The top is the shot I took from a bridge down the way. The two bottom ones I took from different spots along to shore. Being on a bridge gave me the surrounding scenery (including mountains lost in this crop) and lots of greenery, more colours, and contrasting textures. I knew this shot existed because I’ve looked at a million Mostar shots over the years. I would try the other two shots again at different times of day if I were here longer, and different times of year too, because they’d be much better at other times.

All photography, including travel photography, is about the eye and editing. The camera only gives you clarity and quality for enlargements. If you have a crap eye, it’ll be a crap photo, even if you spent $5,000 on cameras, like so many tourists. And then you need to have patience and imagination, too. Even moving just three feet completely changes landscape photos.

And every time I’m asked what I shot my photos with, it’s an insult. Because it doesn’t matter. My editing and my eye got me that image. Period, and that comes from years of snapping photos and also being a commercial photography lab manager for nearly a half-decade, running a college darkroom, and having two years of photojournalism in  college. 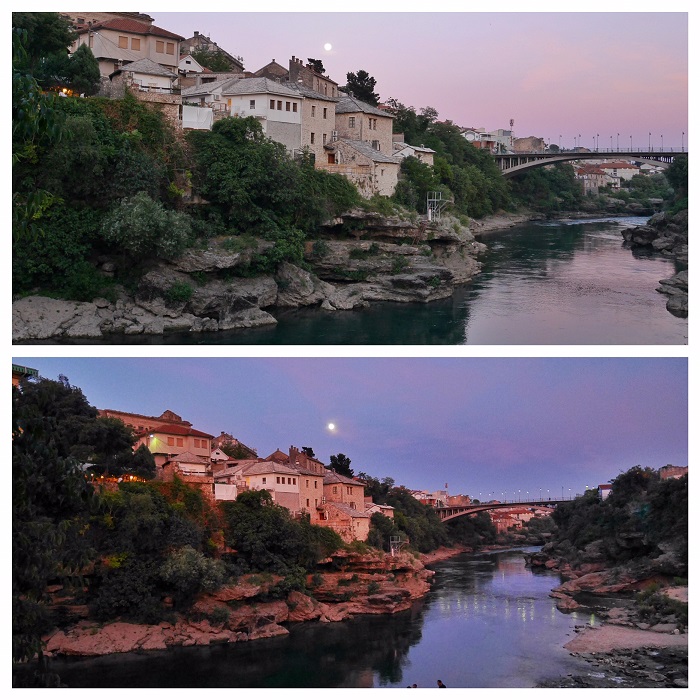 This is an example of what a difference a short while can be. In just 20 minutes, the moon is higher, the pinks have become purple, and even the lights on the bridge are now reflecting in the river, creating another “leading line” in the shot.

I’ll get a better camera this year. I’m undecided upon which, but it’ll be sealed from dust and water. Many pro photographers now travel only with the latest, greatest smartphone cameras, which have amazing tech now. But I’m travelling for five years and I’ve got three or more years left; I want the best-quality, largest-format image I can get, so I can inevitably sell my work.

leading lines photography rul;es photography tips rule of third taking good photographs taking good pictures taking photos taking pictures travel travel photography
Full Nomad’s Travel Photography Tips2017-06-092017-06-09//www.fullnomad.com/wp-content/uploads/2016/04/logo2.pngFullNomadhttps://fullnomad.com/wp-content/uploads/2017/06/IMG_1812.jpg200px200px
About
Steffani Cameron
I'm a journalist born and raised in Vancouver, Canada. Trapped in a life others kept selling as "the dream," I decided my dream was decidedly different. I sold all the stuff I'd worked so hard to acquire, and at the age of 42 I set off searching for something else—culture, food, adventure, far off lands. In short, I sought the whole world.
Showing 2 comments 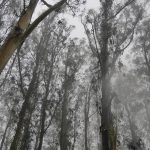