Nova Scotia and Halifax are different, because, normally, I don’t do “travel round-ups.” Most of the time, my opinion is that you should find out what to see and do by people who live in places, not people parachuting in and vanishing shortly. Why does someone who visited a place for a week or four days have sway over those who live there? So, yeah, look for local opinions.

But two things prompt the Nova Scotia story. One, their economy is awful and the people are wonderful, and with the outflow of locals over recent decades, they have plenty of infrastructure to handle tourism, and I want to help. Two, this is my country, my land, and my people come from the East Coast, and this is my first time processing it.

I wanted to share that journey. So. Part one: Halifax. 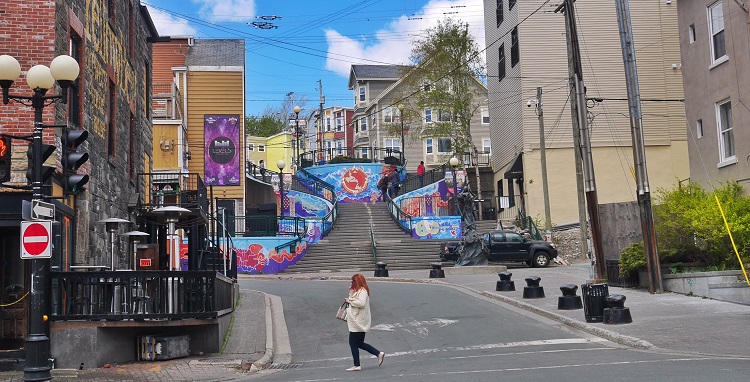 It’d been a 22-hour day that began at 5:30am in Old Town, Split, Croatia, under a blistering sun that was 27 degrees when I got to the airport. By the time my day ended at 10pm local time (2:30am back in Split), I was in Halifax, Nova Scotia. Oh, Canada.

First, there was a layover in St. John’s, Newfoundland, where I met the reality of a Newfie summer. 9 degrees and blustery on the 16th of June. Accustomed to 34-degree days of late, I left my coat in the checked luggage that I wouldn’t see again until Halifax later that night. I took the slowest cabs I’ve ever been in, with the talkiest cab drivers I’ve ever had, for a return trip from the airport in the quest of poutine during a six-hour layover.

Yellow Belly craft brewery and pub on George Street, helped me meet my squeaky curd needs with a breakfast poutine topped with braised shortribs and a poached egg, with a good oatmeal stout to wash it down. The town was friendly, small, and walkable but with steep, steep hills. Blasted by wind in my first single-digit temperatures in two months, I was pleased to have a short visit. If I ever get the chance to drop in longer, I’ll be back to St. John’s, and with a proper jacket, too.

My first priority in Canada was this. Poutine. Even better, brunch poutine with braised short ribs and poached eggs.

A taxi back to the airport, a flight, and city bus later, and I was finally in Halifax for the first time ever.

I trundled my duffel bag from over the cracked sidewalks from the bus to my AirBNB, in a rickety side of town hot with hipsters, artists, and anyone else into urban life. The AirBNB was over a hundred years old, quaint, nice owner. But the place itself was full of dust or mildew from age, and from the dust-covered assorted kitsch and ephemera all over the home. Allergies, activate! Almost immediately, to buy myself time before the inevitable sniffly, sneezy, hard-breathing attack, I excused myself and walked back down the street I’d just come up. 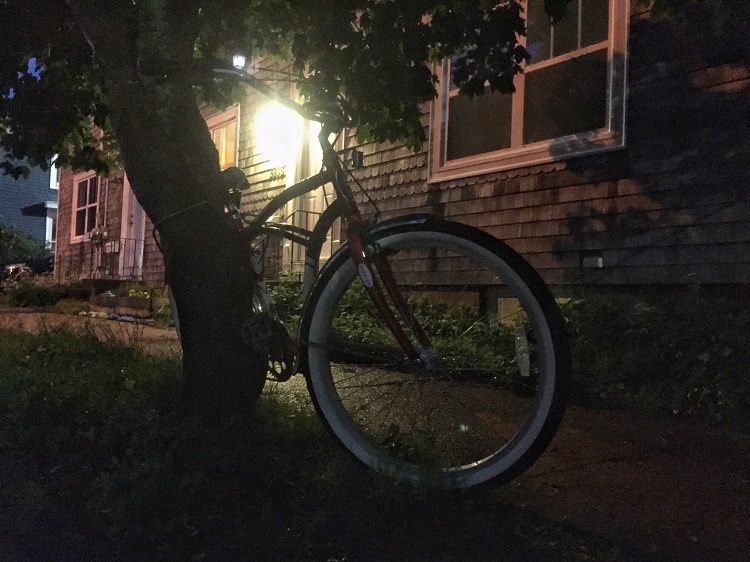 Halifax’s North End is an affordable place to live with a lot of older homes that ooze character. It’s a happening foodie district and is a short distance from the affluent South End and Capital Districts. Terrific area to stay in for a visit.

Finding the Bottom of a Glass

Chain Yard had been hopping when I passed by, and when I learned it was a cidery, I got a little bummed. Cider? Meh. Not my thing. Wine, then beer, then everything else. That’s my hierarchy.

But why not, right? That’s travel. Besides, I’d never heard of a craft cider house. I took a seat outside, since inside was blasting loud, full of people of all ages and music pumping in. Finally I could gather my thoughts from my recent days. The waitress and I bantered about how Nova Scotia has realized their 300+ varieties of apples could make them a leading cider producer, birth an industry virtually overnight. Curiosity now piqued, I ordered a tasting flight with four flavours.

From sweet and fermented to dry and citrussy and even oaked cider, I was won over. Okay, then. I like cider. Chain Yard’s always got at least five of their own ciders on tap and four guest ciders. They pair up with a kitchen that provides small tasters, like “coconut curry spiced krispies” and “Old Bay frites with dill pickle aioli” and “sour cream and shallot popcorn.” They put the tasty in tasters.

And so began my surprising, enlightening time in Nova Scotia. 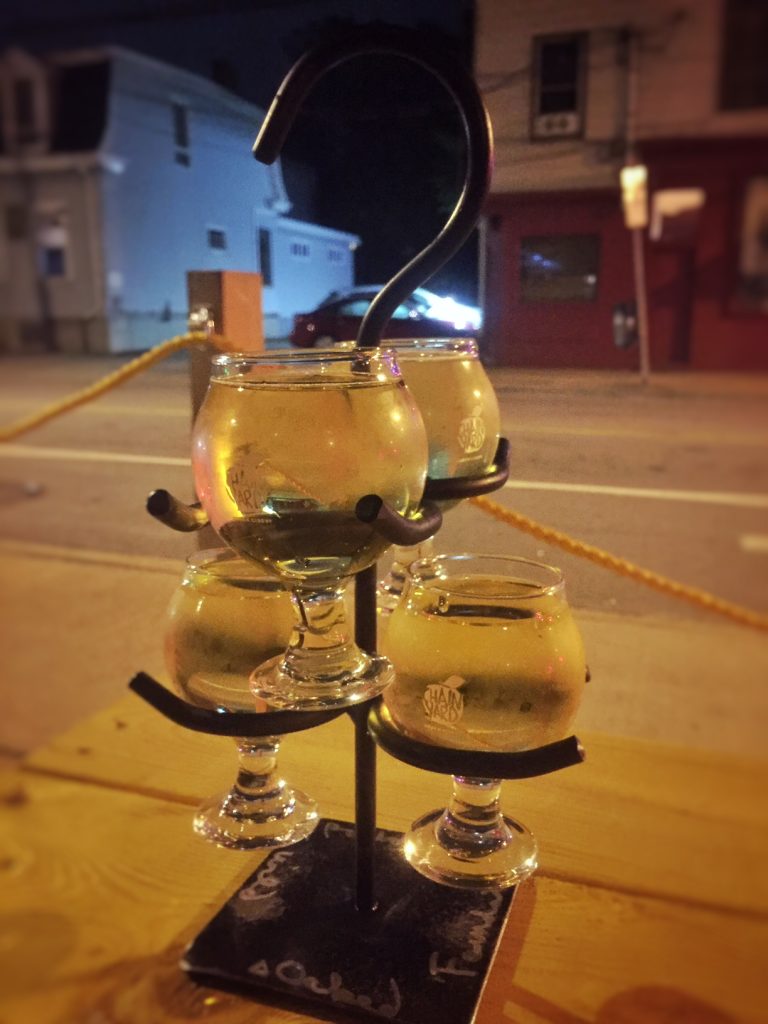 This is a tasting flight at the Chain Yard, a great way to experience some of their various taps. The funky holder were designed and made locally for the restaurant, and puts a really unique twist on the tasting-flight experience.

So, that was weird. That was my first Father’s Day without Dad, and I was in the region he grew up in, the Maritimes. I wanted to phone him so badly, tell him all the things I thought about the East Coast so far. Dead people can’t take long distange calls. (Solve that, Google.)

As the weekend progressed, my mood sank ever further. I drove a little on the eastern outskirts, visiting Lawrencetown and other rugged stretches outside of the city. I walked the waterfront, saw Theodore Tugboat for a giggle, got caught in rainfall, drank in a pub.

But one day I’ll give Halifax another try, because I just wasn’t into it. Too many families with happy dads and daughters, and I was a grumpy gal.

Monday rolled around and Father’s Day was gone. So too was my short time in Halifax. With only one week in Nova Scotia, I already worried it’d be insufficient.

Today was adventure day, and I was off to Peggy’s Cove and Lunenburg. But first, The Ardmore Tearoom. 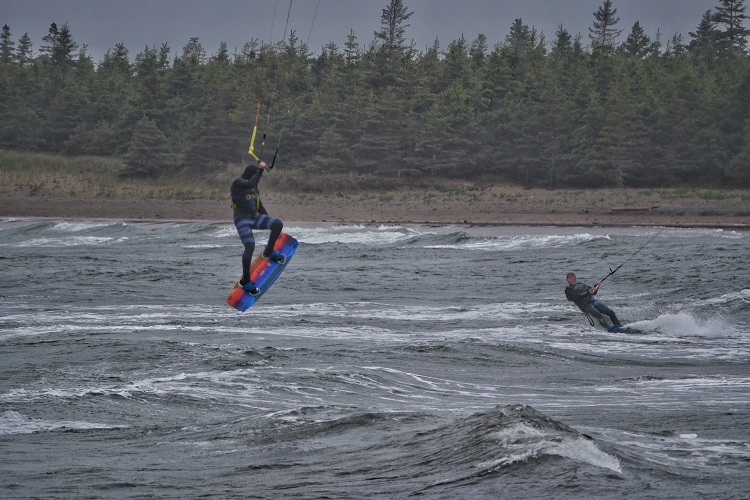 Kiteboarding is a go on a stormy June day in Nova Scotia. Larencetown, and a really nice drive from the big city.

Let’s Do the Timewarp Again: The Ardmore

These days, everything’s boutique or chains, and, where I come from, nearly all the old diners are gone. Good ones are hard to find, and most aren’t cheap anymore. But the Ardmore Tearoom had the old diner-style vinyl booths and Formica tables. Vinyl booth years were fixed with colour-matched duct tape. The coffee was only two bucks with free bottomless refills. My waitress was funny and took no shit, but greeted regulars by name and a smile. My potatoes were crisp, the Hollandaise housemade.

I walked in and it was near-empty, but when I left, it was buzzing, and there was a line.

As I ate, opposite me was a fella with a routine. A nod to a waitress, then he claimed a four-person booth. He spread his broadsheet newspaper over the Formica tabletop, smoothed it out, pushed the cream-and-sugar caddy to the outside table corner. This was a comfortable routine orchestrated over months or years. From that nod to the waitress upon arrival, taking his seat, spreading his paper, it’d be three minutes when his coffee and toast, plus jam, arrived. Despite the steadily-filling cafe, he was nonplussed about his $4 paper-reading consuming a four-seater booth.

I liked that. It’d been a tough weekend, emotionally, but there are few things in this world a visit to an old-school diner can’t improve. Upon leaving, I felt buoyed by this old-world institution filled with diverse people of all colors and races. Whites, blacks, Asians, old, young, hip, out-of-time — everyone was there, everyone was welcome. That diner’s old-style approach in a new world made me feel good about where we’re headed.

From there, I headed out of town. Peggy’s Cove loomed.

Up next? Part Two: Peggy’s Cove and the Lobster Shack. 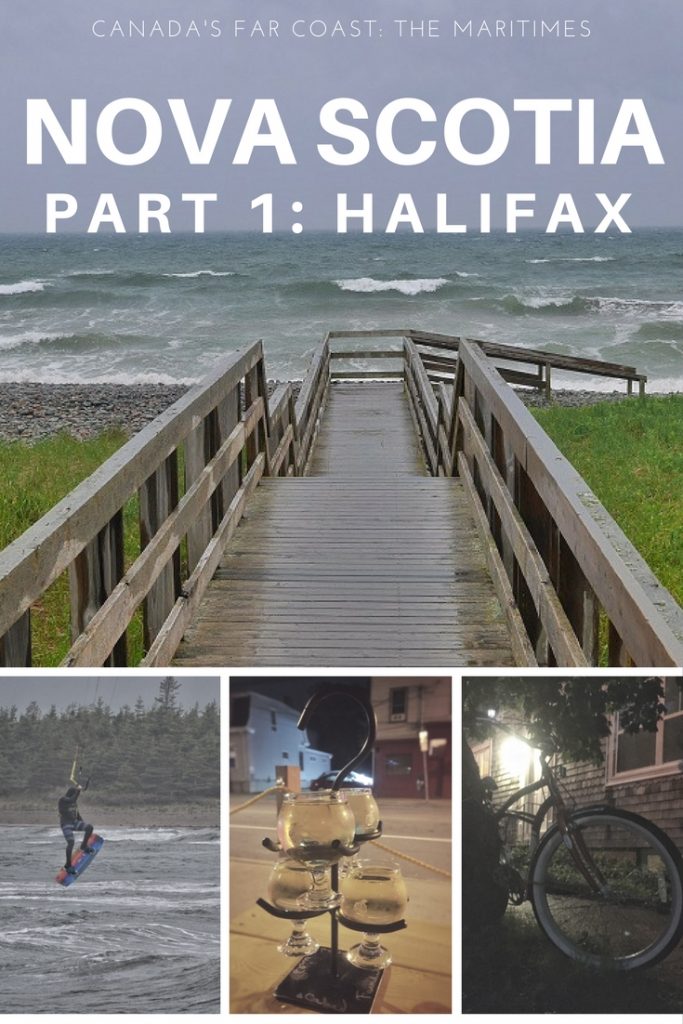 apple cider Ardmore Tearoom Canada Chain Yard ciders cidery dining East Coast Halifax Maritimes New Scotland Newfies Newfoundland Nova Scotia Peggy's Cove travel visiting Nova Scotia
Nova Scotia: Part One — Halifax2017-08-182017-08-18//www.fullnomad.com/wp-content/uploads/2016/04/logo2.pngFullNomadhttps://fullnomad.com/wp-content/uploads/2017/08/FullSizeRender-47.jpg200px200px
About
Steffani Cameron
I'm a journalist born and raised in Vancouver, Canada. Trapped in a life others kept selling as "the dream," I decided my dream was decidedly different. I sold all the stuff I'd worked so hard to acquire, and at the age of 42 I set off searching for something else—culture, food, adventure, far off lands. In short, I sought the whole world. 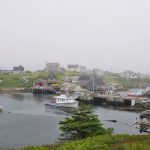