A nomad friend texted me today. “Will you have another one of those pistachio pizzas before you leave Sofia?”

I wrote back, “Kinda I have to, don’t I? What if I never have that topping combo anywhere else?”

She agreed. She’d gone for a meat gözleme at a Turkish Friday market for the same reason this morning.

We know all about this. It’s the Nomad Effect: The Limited-Time-Only Life.

I digress. This pizza, people. This pizza! Around the corner, more or less, is Franco’s Pizzeria. An unassuming shop half-submerged beneath the sidewalk, wrapped in dark, park bench-style wooden booth seating and unspectacular wooden chairs in the centre. No real décor, nothing fancy. Just pizza and a wall of wood-oven heat that’ll punch you when you enter on a cool day.

They raise the dough for two days, a special combination of three different kinds of Italian flour imported in 50-pound sacks. It’s so gluten-y that it rolls out no thicker than a fork tine, the thinnest crust I’ve ever seen on a pizza.

The pistachio pizza comes with ricotta cream, mozzarella di fiore, beef salsiccia, and pistachios, with a little drizzle of olive oil before serving. That’s it. Someone tells me this is a Sicilian combination, and I hope it is, because I head there next week.

But if it isn’t, then I’ll have had one more for the road. 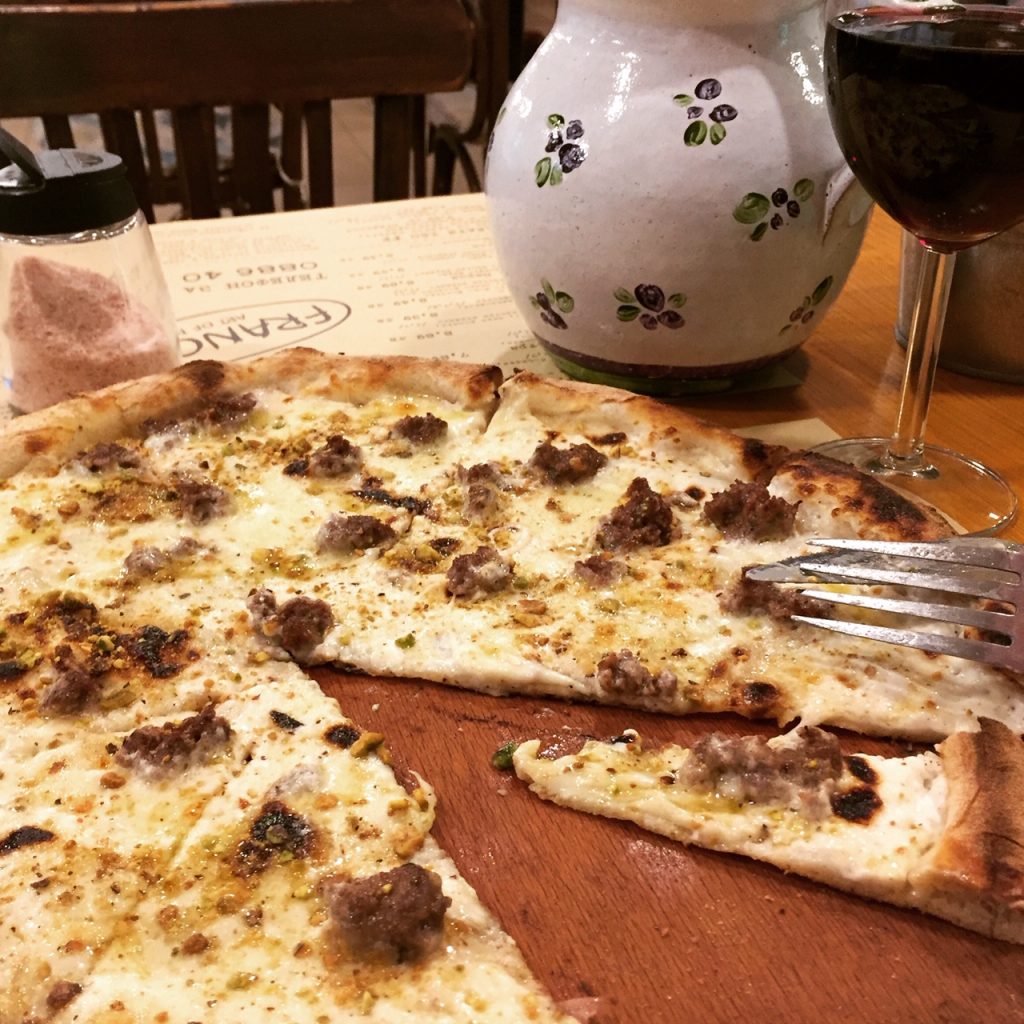 As someone who’s had pizza in 20 or so countries now, I can authoritatively pronounce this as one of the greatest pizza pies in my life. Once a week I’ve headed to Franco’s in between meal rushes to sit there with the pie, a book, and a half-litre of wine.

Those who aren’t nomads might go, “God! You’re in a foreign city! Why not explore? Go to more places?”

But they’re not nomads. They don’t understand what it’s like to live out of a bag and unpack every month, nothin’ but new all around. They can’t possibly fathom a life with no comfort food, no routines, no repetition or safe place, no “same old, same old.” Sometimes you just want an experience that feels like a worn-in pair of jeans does – right in all the right places.

For me, finding a place that I want to return to again and again and again doesn’t happen often. Maybe in 20% of the places I visit, give or take. Having a haunt where I can go, and they get to know what I like, who I am, make some small talk – it’s a wonderful thing. But having it be one of the best meals I’ve ever had too? Oof. What a thing. 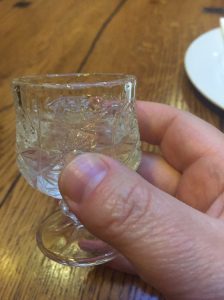 A nod, a drink… This was rakia in Crete. Green apple and geranium. You can’t even fathom how amazing this was. I’ve never heard of that combo since. It’s the only time in three years I’ve stolen anything… I kept this glass. I’m a bad, bad person. But I tipped well.

It makes me think of a song I loved in the ‘90s by the band Beautiful South – Domino Man.

And if you pull a double one
I’ll pack my bags and I’ll be gone
If you pull a three and four
I’m flying off to Singapore
Where women dance and tigers roar
I’m lying on a distant shore
I’m living life just as I can
A nod, a wink, another drink
I am the domino man

And that’s us nomads, the domino people. A nod, a wink, another drink, gone in a blink. One day here, next day not.

Yesterday was the day I have in every city, the day I begin to say goodbye – the day I know it’s my last visit to a grocery store, the last loaf of bread, the last pop round to a café, maybe the last time I walk that street. I spend the next few days savouring all my “lasts”. It’s the days I spend knowing this is an ending to yet another little chapter of my life. This, the Sofia Chapter. Next, the Sicily Chapter. After that, the Ischia Chapter. Then the Albania Chapter v2.0. And on it goes.

We travel to places we fall in love with and try to find one little place that becomes a safe, comfortable place – for a week, a fortnight, a month. We suck the marrow, then we split. 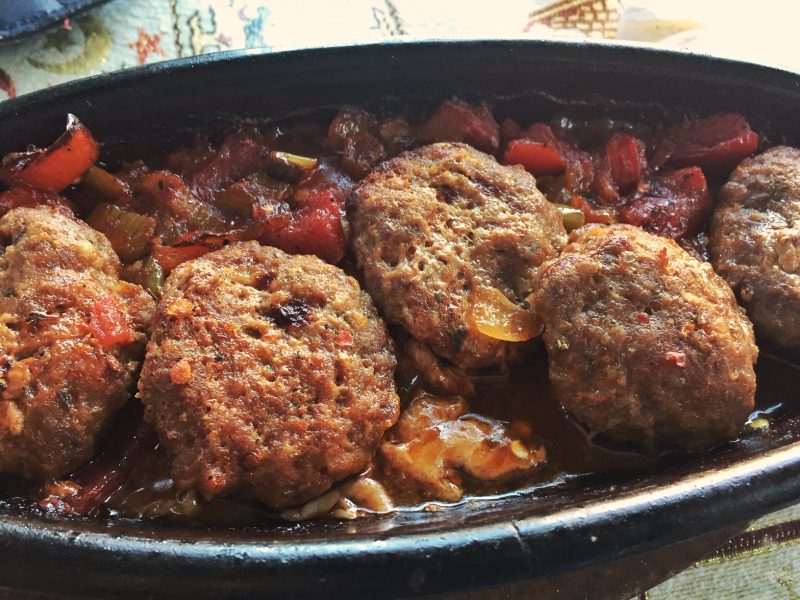 I’ve had kofte several times in Turkey, but never like this — slow-cooked in the oven with tomatoes and peppers and onions from the fall harvest. It was amazing, and just $4.

How it All Tastes

I’ll never forget the sandwich I loved in Sarajevo, in the café I’d work in twice a week, or the börek that blew my mind in Istanbul as I chatted up some folks from Bahrain, or the little shop with cashew chicken and checkered tablecloths in Chiang Mai. I can close my eyes and remember the fragrant green curry from the banks of the Mekong in the rickety bamboo shack on stilts where I’d cycle to whilst evading stray dogs giving chase. In Cambodia, it was drinking young coconut with Khmer curry at the Babel Guesthouse under a canopy of banana and mango trees.

Once, a bowl of Bolognese sauce on a plaza in Split, Croatia made me want to cry. Then there was a $1.50 dish of lentils in Morocco I had to debate versus the $4 kofta tagine, both of which I could eat weekly for the rest of my life. In Motovun, Croatia there was a plate of polenta and white truffles I ate all alone in a taverna Anthony Bourdain once visited, while fog swept in and filled the valley around me. There was the back-alley lady in Bangkok who sold what is sure to be the greatest fried chicken I’ll ever eat, just cooked there on the street in a 50-gallon drum of oil, a dollar a piece and worth so much more. 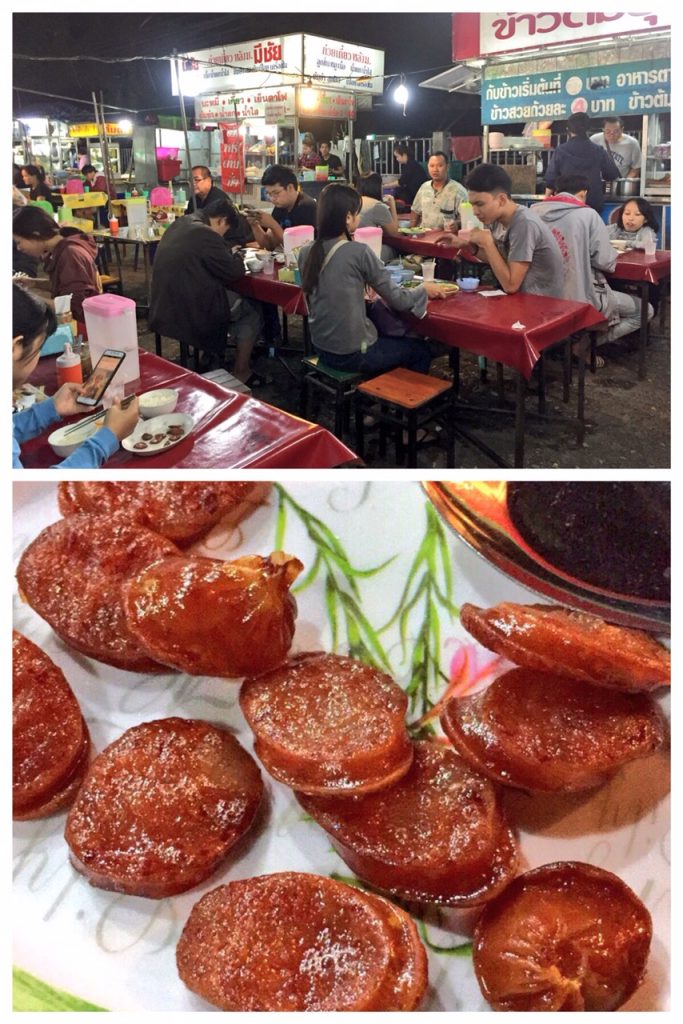 Food cart sausages in Chiang Mai. yeah, I could buy these somewhere, but I’ll never again be the only white person in a sea of faces at the food cart as the heat of the day cooled off. These were phenomenal spicy, sweet treats for a dollar.

For me, I think of these places and I remember the tastes they taught me. It’s a smell, a taste, a whiff that may never be recreated.

I don’t care if you get the recipe. You’ll never have that sausage again. It’ll never be that cheese. It’ll never be on that bread with the cucumber grown by that farmer with that sauce the kitchen made.

And it’ll never, ever take you by surprise again, either. It’ll never follow the flummoxed “where should I eat” internal debate we nomads always have, knowing that one surprising meal might become the defining moment of our visit in that city.

You talk to wine-lovers and they’ll tell you all about terroir, how places influence the wines that grow them. It’s not just the soil; it’s not just the flint tilled in from a rockfall centuries ago, or the chill wind that blows down the valley at night, or the grower who talks to his vines when no one’s looking, fondling the leaves in coaxing them to be their best. It’s the magical alchemy of all these little things coming together to create something that nowhere else on earth can replicate.

It’s why that one sandwich or pizza or fried chicken or bowl of pasta is a mind-blowingly wonderful moment, and no matter how hard you try to recreate it back home, you never, ever will. Because it doesn’t have the smell of that room or the dust of the roadside food cart. It doesn’t have the local oil or pasta or cheese or bread. The wind isn’t blowing the same, the tinny stereo isn’t crackling a 1960s Italian pop song while a local man gestures fanatically about the latest gossip in the corner and you desperately wish you knew the language.

And you know what?

It’s okay, man. It’s a limited-time offer. You may never, ever experience it again. So stop. Slow down. Enjoy it while you can. Go back the next day and the day after that, if you want, and don’t you feel one damned bit of guilt about “being boring” while travelling. You’re not. You’re in the moment of recognizing that this is a taste memory you want to burn into your brain for the rest of your life.

There are no "be careful, it's hot" warnings when you're ordering a tagine in Morocco. If you're too dumb to figure it out, you deserve the burn you get, with this kind of table-side bubbling action.

A Last Chance to Dance

One day, you’ll do as I do, close your eyes and be transported to a roof in Croatia where you sat drinking three glasses of wine, eating Croatian charcuteries and cheeses as the sun splashed down on the Adriatic horizon and the hot early summer day cooled into a sweet fragrance-filled night in the Old Town, and you just sat there, doing nothing but watching life unfold on the streets below and the sky changing colour, because it was better than any Netflix show you could ever watch.

Or close your eyes and transport to the dusty town on the edge of the Western Sahara under a red awning that’s seen better years, squished in on plastic stools with unstable tables between Bedouin men and their djellaba robes spilling down around them, as a sizzling tagine is placed before you and the spicy aromas mix in with the fragrant mint tea scents and the salt-tinged air from the roaring surf of the Atlantic.

And that $4 tagine or buck-a-piece chicken is a misnomer. It’s actually priceless. A tasty, beautiful memory of something I’ll never really have again – unless I go back there. But even then, maybe the tagine joint has changed tomato suppliers. Maybe the meat source is different. Maybe they have a new cook.

There are no guarantees. Travel is a limited-time offer, man.

Enjoy it. Devour it. Rinse and repeat if you want. Ain’t gotta justify one damn thing to anyone. You go where you like, as often as you like, and make whatever memories will make you smile widest in 20, 30, 40 years.

Because it’s all about you. Who cares what anyone on Facebook or Twitter or back home thinks when you tell them you returned to the same food cart three days in a row? YOU know. You’ll compare every taco you ever eat to that pinche taco served under a Oaxacan sunset next to the Zocalo. You know. And I’ll know you’re a genius, because you got it – you understood that this is your one chance to have something you loved (and which you’ll remember forever) a second time.

And that’s all that matters. Limited-time offer. Get yours. 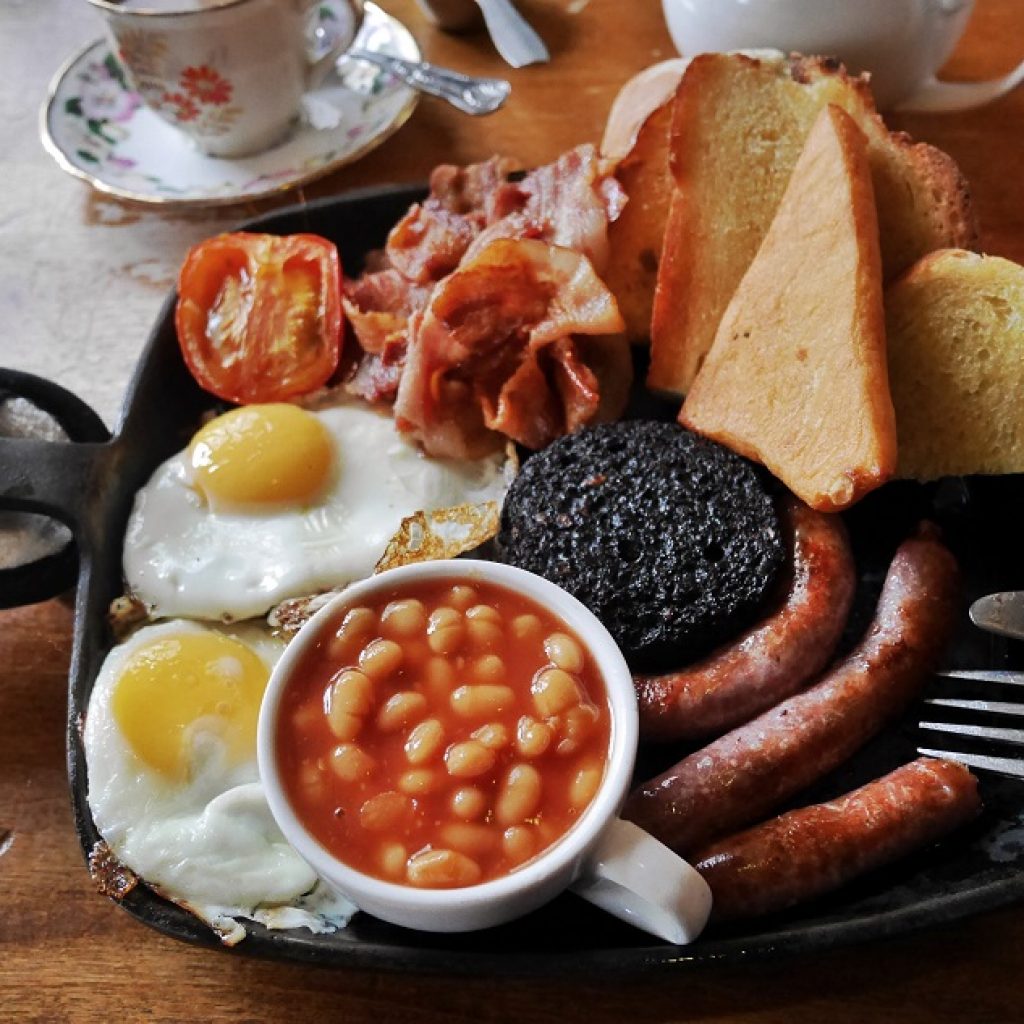 A breakfast I’ll never forget from Edinburgh’s Rose Leaf Pub. It broke my bank but blew my mind and kept me full until nightfall on a cold, snowy February day.

dining eating food abroad real food slow food terroir what to eat
Eating Abroad: A Limited-Time Offer2018-11-092018-11-09//www.fullnomad.com/wp-content/uploads/2016/04/logo2.pngFullNomadhttps://fullnomad.com/wp-content/uploads/2018/11/img_8030-e1541763365232.jpg200px200px
About
Steffani Cameron
I'm a journalist born and raised in Vancouver, Canada. Trapped in a life others kept selling as "the dream," I decided my dream was decidedly different. I sold all the stuff I'd worked so hard to acquire, and at the age of 42 I set off searching for something else—culture, food, adventure, far off lands. In short, I sought the whole world. 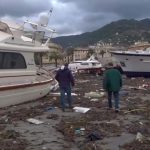 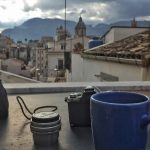