Going Home, Coffee Shops, and My Coming of Age

That’s right for many things, but today I’ve found a safe place, a place where time and life haven’t really taken a toll despite years of my not being here. This is a café where I crammed for college exams. It’s where I hung out to read when I skipped classes. Where I’d talk about the whole of life and the universe with friends until 5am, and where I took refuge when my mother was dying, then dead.

In my 20s, this café was where I thought, relaxed, ate, and whiled away time. One night, I read the whole of Paul Theroux’s Mosquito Coast seated 10 feet away from where I am now. Coffee refills were free in those days. It was voted a few years in a row, I think, “Best place to write a novel.” Or at least read one.

Today, walking in and finding it basically the exact same as it was 17 years ago (but not quite the same as 25 years ago) made my day. There was a window of change when they made some alterations, and then they stopped. A little change, not a lot, and time appears to have largely stood still since.

Entering, I heard U2’s “Unforgettable Fire” playing mournfully over the sound system as rain pattered on the skylight above the table that was always mine, my favourite, where I sit typing this.

The Numbers Game of Travel

What better, then, than to come here, a place that was largely one of the most formative spaces of my life, to make my first stop as I return to the city I will always, to some degree, call home.

If this café, Benny’s, ever vanishes, my heart will break. It would be like the death of a lifelong friend. Anyone not from Vancouver can’t understand how much we’ve lost of our “heritage,” and this is as big as heritage gets for me in this town.

I try to explain Vancouver’s quandary of vanishing history to others as I travel and it’s hard for them to grasp. People from elsewhere scoff at Vancouver’s “history” and “heritage,” because they, like me, probably have antiques older than this town. There are few places in the world that are as young as Vancouver is.

And there are also few cities in the world that have as little local blood in them as here. In a country built by immigrants, Vancouver is the poster child of immigration. Descended upon by folks of all cultures and countries, I read somewhere once that less than 30% of the residents of Vancouver were born/raised here. That number’s probably off because I’m an unreliable narrator, but I’m betting not off by far. I have always joked when asked about my heritage that I was “one of the 12 people born and raised” here.

It’s that lack of connection felt by new residents, and the scoffable notion of heritage/history in a city only 130 years old, that has been the source of heartbreak for those of us with long, deep roots, who understand there once were places that defined this city. Businesses like Hollywood Theatre (gone), owned by the same family for nearly 8 decades, a throwback to when film was a great and glorious experience in regal theatres that made you feel elevated. Today, you’re lucky if businesses stay in a location for more than 5 years, because leases keep skyrocketing and tenants change all too often.

How do you defend that meagre 130-year-old history in the face of an influx of folks who have walked by Roman ruins daily, or lived in a country like China, which dates back thousands of years and drove technology and invention for millennia? I mean, they have a wall that’s visible from space that was built as early as 206 BC, for crying out loud. That’s 2,222 years old!

And here I am, freaking out about another business being demolished, crying out, “But that theatre’s from the ‘30s, man!” The 1930s, that is. 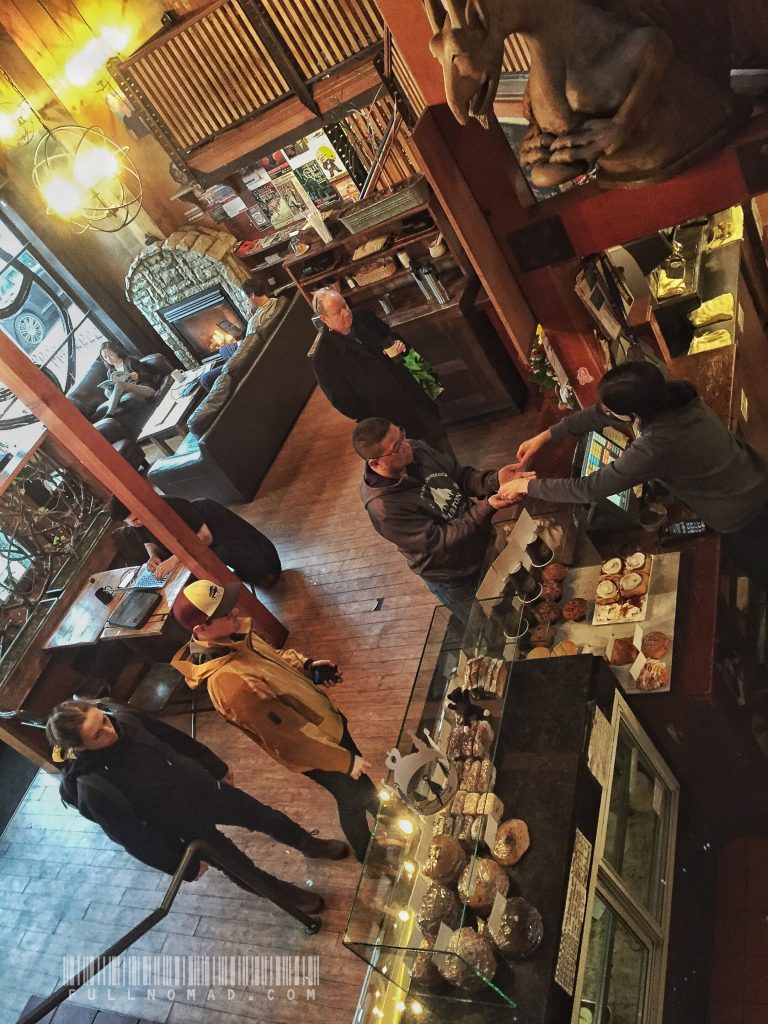 My beloved Benny’s. A classic coffee shop in Vancouver, and one that hasn’t changed with the times. Thank god.

So, for me, when I left Vancouver, it was all that much easier to do because every week I would hear another landmark was facing the wrecking ball for what would inevitably be another gleaming glassy soulless block of condos.

To walk into this place, then, made me almost want to cry. One of the few places left, in a city that has been razed and made new, where I feel like I belong.

I feel recalibrated. It seems almost treasonous to know I need to stop writing so I can start doing some research for travelling to Mexico in April — leaving home again, leaving this home. But the money gods are beginning to shine favourably upon me after a February that was to my bank account what black holes are space, and it’s time to book for sunlight and tacos. Let the healing begin!

That healing will happen for me, but I feel like my city is on the verge of dark times. With its insane real estate market now coming under scrutiny and the exodus of the lower and working classes spurred by a skyrocketing cost of living, life here in Vancouver is becoming untenable for many.

I don’t know what the future holds for my city. No matter how much I’ve sort of lost my emotional connection to much of Vancouver, something about it will always be “my city.” I can see myself returning here for a lifetime, but whether I could ever make a life here again, well, that’s a good question.

For now, I can simply have some coffee, listen to the melodic jazz piping through the speakers nearby as rain dances on that skylight above. For now, there is no struggle, no erosion of time or space. There’s no scandal or class division. There’s simply a comfortable bagel shop that’s as close to a “home” as I have anymore.

I, nomad, have found a place to which I can return for a reminder of whence I came. And in a city where history has done a vanishing act, that’s a wonderful thing.

BC being a nomad Bennys Bagels cafes Canada coffee coming home digital nomads homecoming nomad life safe places taking a break travelling Vancouver
Going Home, Coffee Shops, and My Coming of Age2016-03-012016-07-25//www.fullnomad.com/wp-content/uploads/2016/04/logo2.pngFullNomadhttp://fullnomad.com/wp-content/uploads/2016/03/FullSizeRender-7-e1456860576932.jpg200px200px
About
Steffani Cameron
In 2015, I sold everything to travel for five years. I'm living out of a duffle bag and works wherever I can get some Wifi. A trained journalist and avid photographer, I'm passionate about culture and what makes us tick. Click below to contact me for projects and opportunities.
Comments 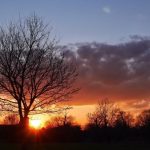 London: Of Goodbyes, Ghosts, and GraveyardsInspiration

The In-Between Phase: What I’ll Do DifferentlyOpinion