Musings on Time, Space, and Stillness

It’s a week of reckonings.

I’ve been backing up photos, dealing with long overlooked things, and it’s been taking me back. Back through 16 countries, back over 760 days. Back, back, and back. (I’m sharing some photos here from the beginnings of my travel — Croatia, because there are so many you’ve never seen.)

And last night I sat having some pad krapow moo in a local bistro, thinking about life, when I realized it was a decade ago this month that I began changes that would result in me losing around 75 pounds in a year. And a year after that, 2008, was when I would blow out my back and begin five of the hardest emotionally draining, soul-crushing years of my life.

It’s hard to understand how shattering it can be to make such drastic changes in your life, to come out looking the best you’ve ever looked or felt, then stand up from a chair one day to have your back blow out and have everything slowly come undone. For the next five years, I backslid because my back never recovered. It’s better than it’s been since then, but maybe it’ll never be the same. I still haven’t even begun to undo all the weight I regained. There’s much I still need to heal and change. Perhaps that’s partly the allure of Asia. Mindfulness and body are so prominent here.

Throwback to that time I had a whole Roman Coliseum to myself for two hours. There are some experiences you can never explain. Travel can be such a gift. There, I stopped and did nothing, just studied this amazing place where gladiators once fought to the death for sport.

With those reflections last night, and the years in between, have come a lot of soul searching and self-loathing one can’t just undo with some platitudes and mirror-love. It’s been a hard road that way, and I’m still figuring it out.

But the photos I’m sifting through… wow.

How can we grow if we don’t stop to process how much we’ve absorbed? Think about a wet sponge. I’m a sopping sponge filled with everything I’ve absorbed in those sixteen countries, but life just keeps pouring more into me. And, so, I overflow, and much is lost to run-off.

This isn’t some woe-is-me lament of how horrid and awful my life is because I’ve seen so much and gone so far. Not at all. I’m blessed, I’m fortunate, and I know it every single day. And it’s amazing, I’m not stopping this life, not anytime soon.

But I can be these things and tired too. There’s so much of the world I want to see, and much more I need to do, too. I need to write. I need to compile my work, analyze where I’ve been, celebrate my accomplishments, and clear the slate so I can be ready to devour more, see more, share more. 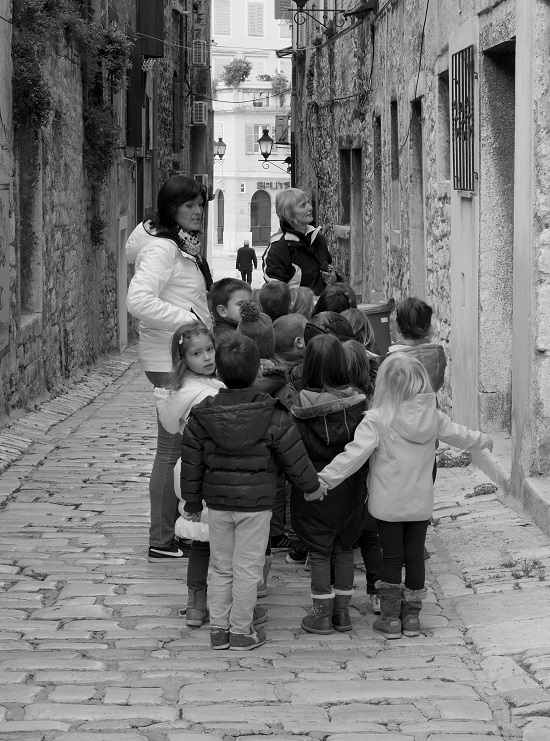 I still remember connecting eyes with this little girl, the only one who acknowledged me or noticed me with my camera down the alley.

Coming to Asia is my running to stand still. It’s here I’ll slow things down a bit, recalibrate.

For the moment, it’s sort of a burden to have an audience back home and elsewhere who are enjoying my travels and digesting everything from afar, because it means I need to create content. To create content, I need to do things, go places.

But my sponge is full. My soul overflows. I need a reckoning, a distilling, a calming. 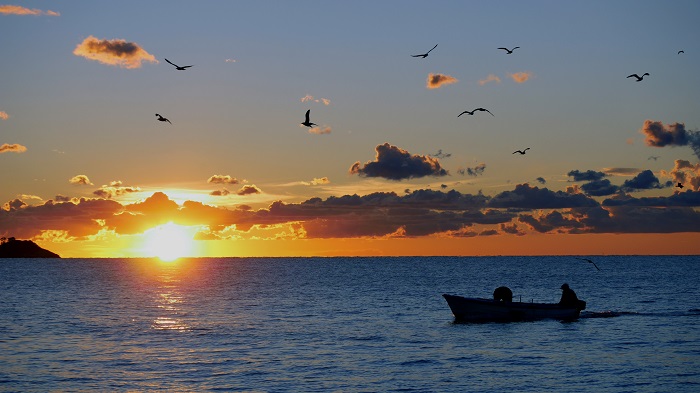 Water is life in more ways than most of us urban folk ever realize. So many old world places still rely on the ocean and river for survival and prosperity.

Lucky, then, that slowing down is now the order of the day. I’m here in this apartment for 28 more days, then I’m off to the Old City for a 15-night stay in a hotel there, before a week in Laos and back into Thailand for another 30 days, but this time on the Mekong River in Nong Khai, in the kind of house I’ve always imagined that writers live in when they write great books.

THE MEKONG RIVER. Oh, lord. Even long before the Vietnam War, it was a legendary river. It’s 4,350 kilometres long. It’s the lifeblood of Southeast Asia, a waterway that has ferried merchants and goods for thousands of years. From the Tibetan Plateau to the southern tip of Vietnam, it winds through six nations and is the 12th-longest river in the world, joining the ranks of such storied rivers as the Yangtze, Congo, Nile, Amazon, and on they go. 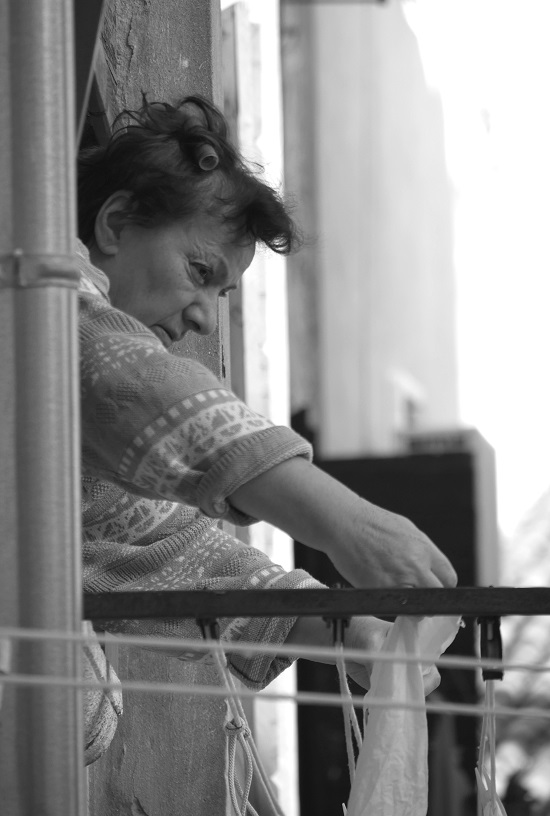 I used to never appreciate rivers. I read Siddhartha as a 21-year-old in the Yukon and it helped me begin to understand and appreciated rivers. But it wasn’t until I began travelling in Europe that I really connected with what rivers have always meant to life. From fishing to cooking water to bathing to shipping and merchant wealth, to flood threats, towns lived and died based on the health of their rivers. So important were they that villages literally were built on their banks.

It’s fitting, then, that it’s to a riverbank I go to reconnect with myself, to carve out some time, to allow my soul to catch up to me, as Bruce Chatwin wrote about in one of my all-time favourite quotes.

This is what Herman Hesse wrote of rivers and the wisdom one can gain from watching the ebb and flow of life along a riverbank:

“Have you also learned that secret from the river; that there is no such thing as time? That the river is everywhere at the same time, at the source and at the mouth, at the waterfall, at the ferry, at the current, in the ocean and in the mountains, everywhere and that the present only exists for it, not the shadow of the past nor the shadow of the future.”

And so I’ll stare daily at the Mekong from my traditional teak home. I’ll sit in the wooden front room, wall-to-wall windows, staring into the ether, tapping out my missive as I come to terms with where I’ve been, who I am, who I’m becoming. It will be a stunning space to call home for a month, from the looks of it, and I think my soul will find a little peace there.

Then, next, I don’t know. Possibly Cambodia. Should be a hell of a thing, stopping to gain clarity in a country in the running for the most active land mines in the world. What a place to explore gratitude and presence.

But, for now, it’s catching up on work, coming to terms with all the miles I’ve lain down over the last two years, what it means to me on a visceral, emotional level, how it’s changed me, how my view of the world has changed.

It’s time I reconnect with the meditating I had begun to do over the summer. Quiet the mind and the body will follow, right?

First, I think some Thai massage is in order. 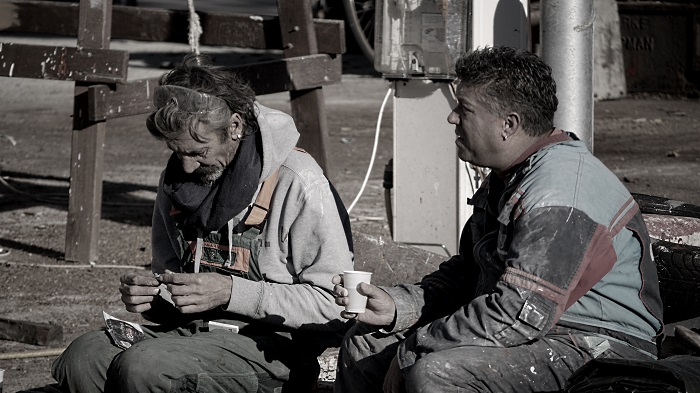 Men like these have kept the world shipping and fishing for millennia. Shipbuilders on a break in Rovinj, Croatia.

These photos are obviously not Thailand. They are from the very beginning of my nomadic life, in November, 2015, and the first time I really fell in love with a place, and when I met Leica, a very cool woman from Indonesia who now lives in Chicago, and whose path I hope to one day cross again.

confidence croatia finding myself health meditating past peace reckoning Rovinj taking time thailand time
Musings on Time, Space, and Stillness2017-10-272017-10-27//www.fullnomad.com/wp-content/uploads/2016/04/logo2.pngFullNomadhttp://fullnomad.com/wp-content/uploads/2017/10/ROVINJ-fishermen-at-dusk.jpg200px200px
About
Steffani Cameron
I'm a journalist born and raised in Vancouver, Canada. Trapped in a life others kept selling as "the dream," I decided my dream was decidedly different. I sold all the stuff I'd worked so hard to acquire, and at the age of 42 I set off searching for something else—culture, food, adventure, far off lands. In short, I sought the whole world.
Comments
pingbacks / trackbacks 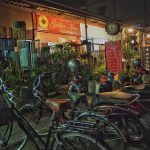 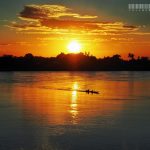 Who We Are and How We TravelThailand