Sometimes, I plan listen to the wind and let happenstance guide my path, but other times I’ll devise a skeletal plan. When that happens, I’ll choose regions to be in, then hone into what I’d like to see or do there. Then I’ll wait until I arrive, and I see what the locals tell me I should do or specifically see to meet that skeletal goal of mine.

This method served me well, for instance, when I visited San Francisco and had an amazing couple days wandering through the Mission and Haight-Ashbury, even complete with a Romani woman gesturing me up into her row-house for a $5 fortune-telling that still gives me shivers when I remember some of what she said awaited me. How do they do that, man?

When it comes to Croatia, for instance, there are areas I’d like to visit — like Buzet and Zadar and such — but I don’t want to get myself wrapped up in what I’ll specifically do when feet are on the ground there. Alternatively, there are other places I learn about that I’m very certain and particular about seeing, like Plitvice Lakes National Park in Croatia.

I thought it might make for some fun times if tell you about places like I’d like visit. It’ll allow for interesting comparisons months or a year down the line when I’ve crossed it off the “to do” list. 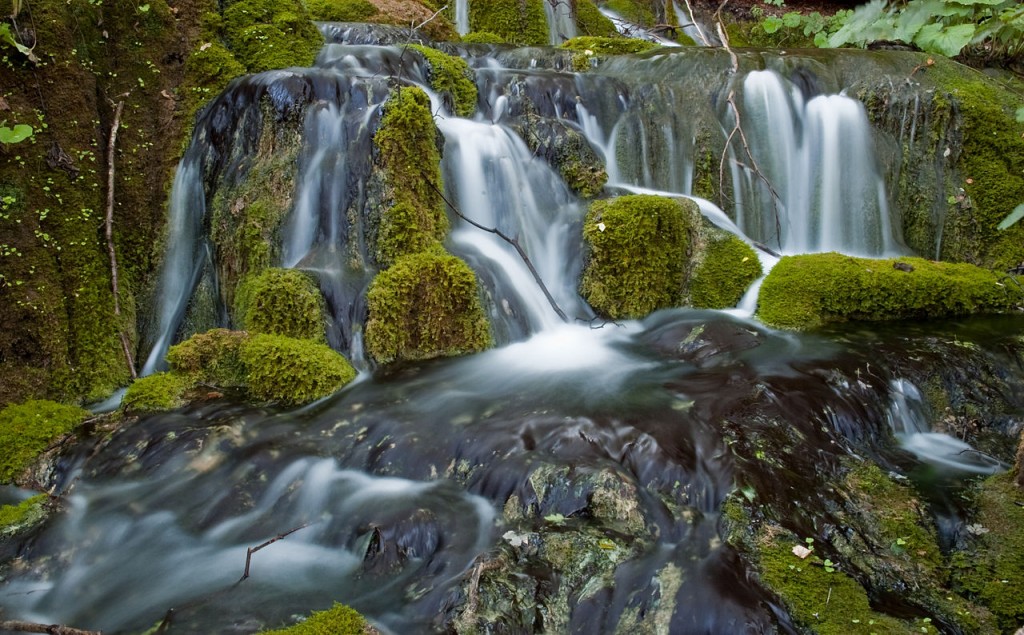 Plitvice Lakes, a waterfall. Photo from 2007 by Roman Bonnefoy, shared through Wikipedia. http://www.romanceor.net/.

Plitvice, aka Cascading Lakes of Awesomeness

Why: There are literally a handful of places in the world that enjoy a phenomena similar to that of Plitvice lakes, where no fewer than 16 lakes currently cascade and converge, creating an amazing series of waterfalls. Featuring extensive boardwalks, Croatia’s oldest national park is a whopping 296 square kilometres and can cost around up to $30 to enter in the peak season, but that doesn’t deter the over-1-million people who visit annually.

Nature abroad is an interesting concept to someone like me, from Canada’s West Coast, where (white) people have really only settled in the last 150 years or so.

I mean, here, you have rugged places maybe not even any natives saw over thousands of years. Who knows? It’s some pretty vast and untouched nature, even now.

But a place like Plitvice, man, it’s nature that’s been involved in the lives and culture of humans for thousands of years. As Wikipedia explains, “Humans have inhabited the Plitvice Lakes area for thousands of years. It has been settled in turn by Illyrians, Thracians, Celts, Japods, Romans, Avars, Slavs, and Turks. Under Julius Caesar the region was incorporated as the province of Illyricum into the Roman Empire. The areas of the neighborly tribes of the Pannonians, the Liburnians and Dalmatians were united into the province of Dalmatia. Successively, the Ostrogoths took over the rule. After the Battle of Nedao in 454, the Ostrogoths were rewarded with a federation agreement with the Roman Empire…”

And yet here we are today, filing in by the millions, spending our coin to walk through the boardwalked park to gasp and swoon at nature’s excess.

It’s amazing to me, all the history that exists in Europe, and how even when we go digging into the parks and plains, we learn extravagant histories. Plitvice was batted about between the Ottoman and Habsburg Empires. It was attacked by Mongol hoards! It had a monastery presumed to have belonged to the Knights Templar! 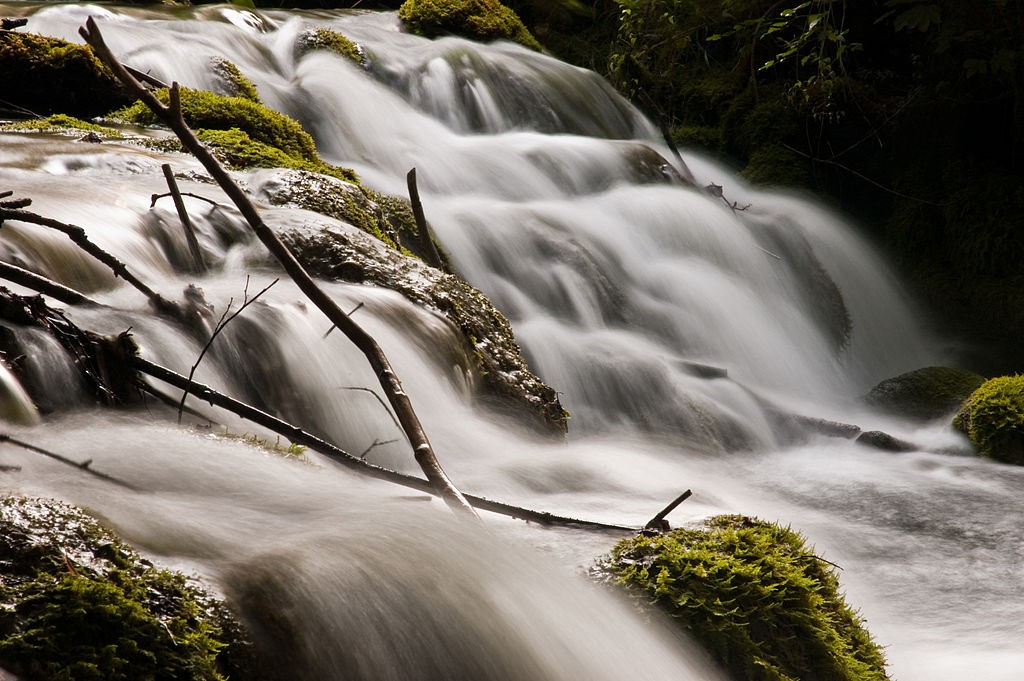 Another photo by Roman Bonnefoy.

That’s what strikes me as so crazy about Europe. When I go, powered by the Googlemanoogler, I’ll be able to go all history nerd and really see what’s been going down through the millennia in these places.

Plitvice Lakes National Park costs between $10 and $30, give or take, depending on the time of year one goes. Autumn colours cost more than winter’s doldrums, and summer’s height will make you pay the most. I’ve seen photos of all seasons and I think I’ll be able to justify visits in each, if I’m able to get back for ‘em all. Why? Photography, of course. 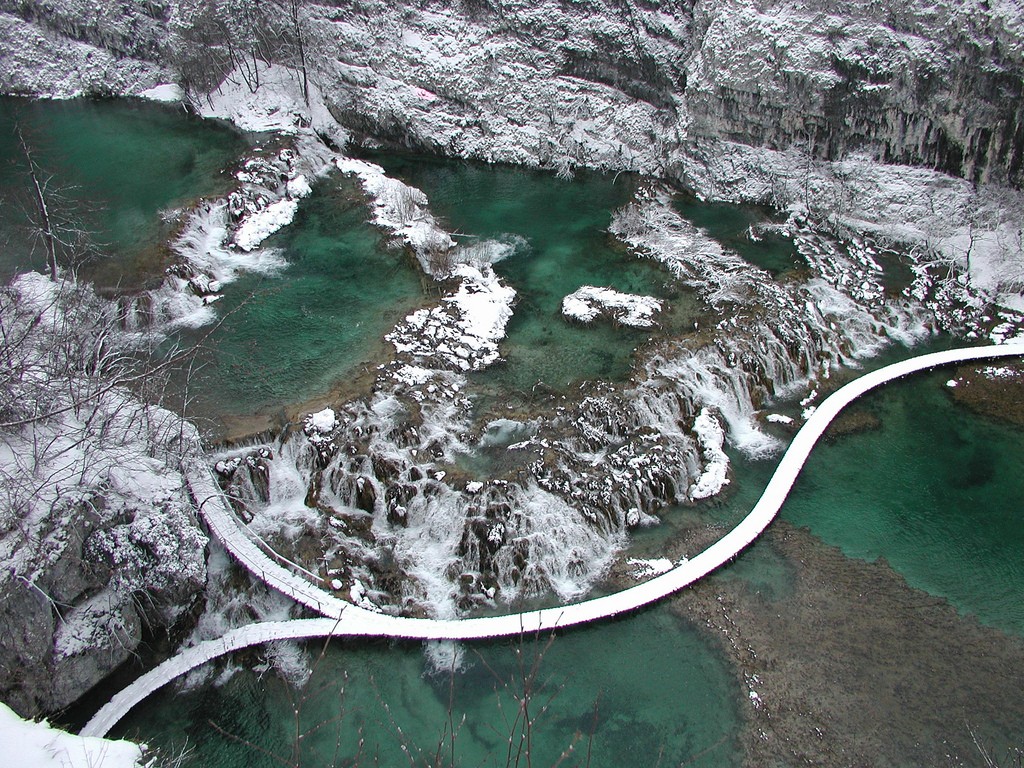 Plitvice in winter by Kvarner County Tourist Board.

So of the zillion places on the planet I’d like to see, Plitvice is definitely on my list. And so is Krka National Park, which is slightly cheaper than Plitvice, also in Croatia, and also enjoys this cascading phenomena — one of under 10 such places in the world listed by Wikipedia.

bucketlist croatia hiking history natural day trips photowalks places to go planning Plitvice Lakes walking
Bucketlist: Plitvice LakesNational Park, Croatia2015-02-262015-02-26//www.fullnomad.com/wp-content/uploads/2016/04/logo2.pngFullNomad//www.fullnomad.com/wp-content/uploads/2016/04/logo2.png200px200px
About
Steffani Cameron
In 2015, I sold everything to travel for five years. I'm living out of a duffle bag and works wherever I can get some Wifi. A trained journalist and avid photographer, I'm passionate about culture and what makes us tick. Click below to contact me for projects and opportunities.