Update: The Nomad and Her Bad Back

I feel like I’m “being boring” here in Palermo, and with the recent news that I’ve decided to opt out of being nomadic for a while, I just want to clarify what’s going on.

Once again, after coming here, my uncertain back took a turn for the worse and it kept escalating, which was devastating for my morale. It wasn’t until my afternoon out on Friday, where I took the long way to a cafe to write for a client, when I returned home in agony, that I began wondering why it was getting so much worse now.

Lo and behold, I realized my chair was too high and my work/kitchen table was too low. The effect of this is basically my spine getting compressed. It can cause things to feel like a disc is herniated, which is extremely painful. The chair, I figured out first.

Slow day on the pedestrian drag for all the sellers as the feast day continues. Turns out I went to the wrong street but I was told I pretty much missed the feast festivities. Despite day being the big day, everything went down last night. Alas. Hopefully I’ll get to see a festival still while in Italy for the next two months. Fingers crossed. It’s so hard when you’re an outsider, you don’t always know just how momentous a feast day will be. Plus, you don’t always know where to go. I got bad and conflicting information from three sources. Such is life. Now I know. Alas, too late. HOWEVER, I enjoyed my afternoon anyhow!

So Friday night I decided to try a different chair. That was good, but when I sat down Saturday, I realized things still weren’t right, the load on my back was weird. That’s when I noticed my arm position and that I was hinging forward to work — the table is too low! By nearly two inches.

That’s when I also grabbed an art book off the bookshelf — I haven’t had books in 95% of my rentals! — and I used that to raise my keyboard. Instantly I saw a difference in how my spine sat.

So, here’s an ergonomics pro tip: Your knees and your elbows should both naturally sit at a 90-degree angle when you’re working on a computer. This means the keyboard needs to be close to your torso — it’s amazing how many people work with their keyboard six inches or further from their belly and then wonder why they have neck and shoulder pain. The work surface needs to be at the right height too, and your chair needs to be at the right height so you can sit with 90-degree knees and feet flat on the ground. If your feet don’t naturally want to be flat on the ground when you’re sitting, you may have a bad angle or bad height.

I’ve learned through many painful experiences that if any of these factors are off, then I suffer the consequences – literally. 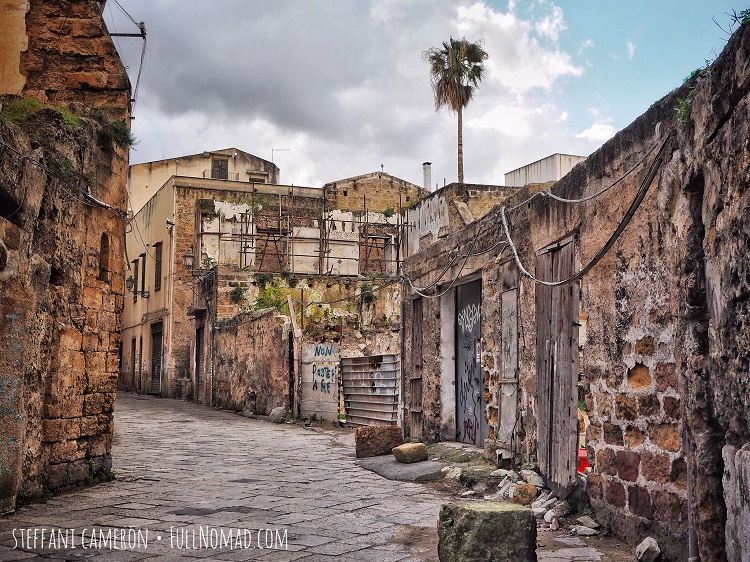 No ritzy hotels here. This is my Palmeritani neighbourhood!

Luckily, my jerry-rigging is somewhat effective. It’s not perfect, but it’s much better, and when it comes to my back, the difference is considerable since Friday. Thus I’m optimistic I have solved things as well as I’m able to here in Palermo.

But this is definitely a large part of why I need to stop the nomad life for a while once I get back to Canada. Why not stop sooner? Well, I’ve paid for everything already right through to mid-July. Then I have a housesitting gig in August. So, I’m kinda set until September now. Between now and my return to Canada in late April, I expect to see a fair improvement in my debt load, because everything coming in is for current food/etc, but not for travel or rent, since I’ve paid all of that off with my bounty of income from the last four months.

Just going to Albania for two months, I’ll likely save $1500 off the cost of living in Canada, and that’s about half of what I’ll need for new furniture and stuff.

Plus, I’ve been to Tirana, Albania already so I have no guilt about Doing Nothing But Work. There, I have my book on nomadding to finish, an author’s website to create, and some other dominoes to put in place before I head back home to be in Western Canada for three months – where I’ll have to be Social Steff and catch up with all the wonderful people I’m lucky to have still in my life.

This guy lived in the lovely fountain courtyard where I wrote on the weekend. I kept looking at all the turtles and thinking how I wished they were real. But it turns out they just sit that still for that long! They were indeed alive. This is the only one who seemed to make eye contact with me. Heh. #TurtlesForever

So I’ll ride things out, be productive, put my plans in gear… But I won’t be a very exciting traveller. Now and then I’ll capture some lovely photos, but I won’t be doing day trips and things. Instead, I plan to focus on going to the swimming pool and continuing to get physiotherapy in Albania. Here in Palermo, I’m doing osteopathy. Meh. Boring.

But it’s an important kind of boring for me to be. Having lost about five years of meaningful living to a back injury from 2008-2013, I’m pretty cautious about my back these days. It can go from “persistent problem” to “life-altering” in a pretty quick jump, as I discovered on October 3, 2008. And beyond all the lifestyle challenges, that’s a big ol’ heavy bag I need to haul from here to there to there, too, so I’ve got to be careful leading up to all those travel days that still remain — like flying to Naples and taking the ferry to Ischia, or riding the train to Rome for my flight to Tirana, heading from Tirana to London to stay with dear friends for a few days, overnighting in Toronto with a friend for an early-morning red-eye connection to Vancouver, and then off to the Okanagan for two months for housesitting and family visits, a flight to Edmonton to reunite with my brother and his family, and then, finally, off to Ontario for some family visits, then Ottawa, for a month of housesitting and apartment-finding, and then my back has to be well enough to assemble Ikea furniture for my new home! What an exciting nine months ahead for ME. But, for you, as a reader, maybe not so much!

Part of me is sad about Being Boring, but part of me is fine with it too. I like being boring. I like being a “regular” in this Palermo neighbourhood, where a couple of the vendors recognize me and smile and wave and shout “Ciao!” when they see me now. That feels like an accomplishment, every time I’m accepted just a tiny bit into a foreign culture.

Even walking through the market today, I knew there had to be a feast day of some kind, because all the produce looked amazing, it was packed with locals shopping. Yep. Tomorrow is the feast of the Immaculate Conception, apparently. So the fishmongers were hopping. They were breaking down a huge swordfish and the crowd was three people deep. This guy’s trying to sell something else.

That said, Palermo is a large part of what’s the nail in the coffin for me as a nomad, and it’s complicated to explain why. It’s not because Palermo is bad or I’m disappointed in the city, or any of that – it’s a much more nuanced thing that has called my entire life into question. I’ll write about that for you. I have one thing done already, and it’s more of a funny story, a bitch-fest, but there’s a more poignant, very deep perspective I have to share as well… but first I need to write it, and first I need to feel it for a little longer, then maybe buy a nice bottle of wine and put down the words.

So, yeah. Don’t let anyone tell you that this lifestyle isn’t hard on the body. It’s so gruelling and you really need the time for self-care. I suspect it’s hard enough for people just travelling it, but you throw 30/40/50-hour work weeks into the scenario and, oof, things get challenging, especially when you’re staying in places that aren’t designed as live/work spaces. (In recent months, AirBNB has begun offering “business trip” homes that are definitely more designed for the working traveller, so I look forward to using those in the future.)

Sicily may be a more challenging terrain to navigate, what with my living on the fourth-floor of a gruelling high-step walk-up building and the long buses and trains and such, but for one month I’ll be on the tiny island of Ischia, off Naples, considered one of Italy’s most beautiful islands, and it’s small enough that the commuter buses go around it in under two hours, so I look forward to hopefully having a lot to share about a lesser-visited place there. That’s in the new year.

In the meantime, I’ll be Sicily Steff, the temporary Palmeritani, cooking away in her tiny kitchen with insufficient gear and an overly-powerful gas stove. Cheap wine, pasta, cheese, a view of the city. Meh, things could be worse. 😊 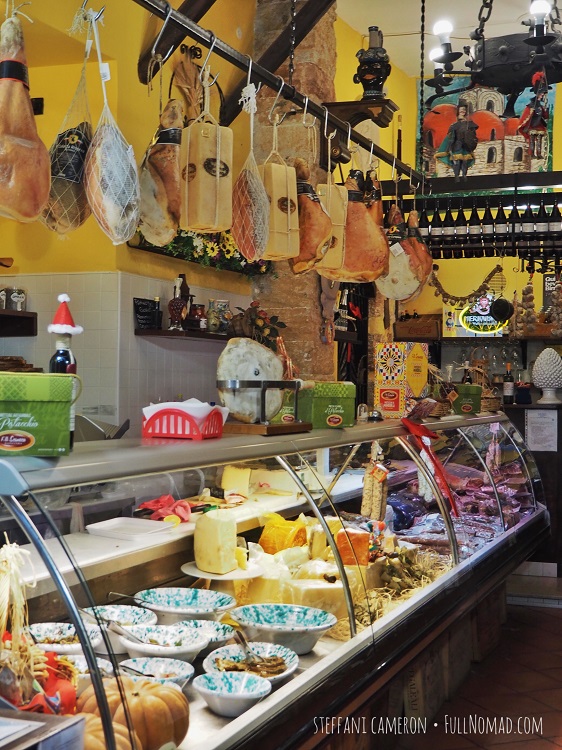 Saving money by eating at home, well, it’s not so hard with great delis like this that cost a fraction of what they will when I return to Canada! I’m enjoying it while I can. 🙂

bad back challenges abroad reality the other side travelling injured
Update: The Nomad and Her Bad Back2018-12-112019-01-03//www.fullnomad.com/wp-content/uploads/2016/04/logo2.pngFullNomadhttps://fullnomad.com/wp-content/uploads/2018/12/img_9208.jpg200px200px
About
Steffani Cameron
I'm a journalist born and raised in Vancouver, Canada. Trapped in a life others kept selling as "the dream," I decided my dream was decidedly different. I sold all the stuff I'd worked so hard to acquire, and at the age of 42 I set off searching for something else—culture, food, adventure, far off lands. In short, I sought the whole world. 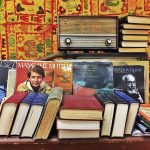 The Art of Stopping: Even Nomads Need a HomeStories and Thoughts 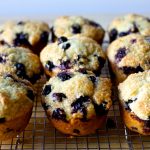