The Need To Know: By September 27th, I’ll have sold everything I own. I will go home that week & say goodbye to folks I love and celebrate my 42nd birthday, then it’s off to London followed by Croatia, where I’ll start my life-long dream adventure — five years of travelling the world alone. Here’s a look at my mindset with six weeks to go as I stare down Year One in Europe.

My money’s down and my mind’s made up.

Deciding on where to go has been arduous because I want to See All The Places as I travel the world for five years. But my travels are completely different in months three and four than I thought they would be. It’s funny how things change. My travels, weirdly, now require a winter coat until February. Zagreb & Motovun in Croatia will still be months one and two, but why am I changing gears? Read on. 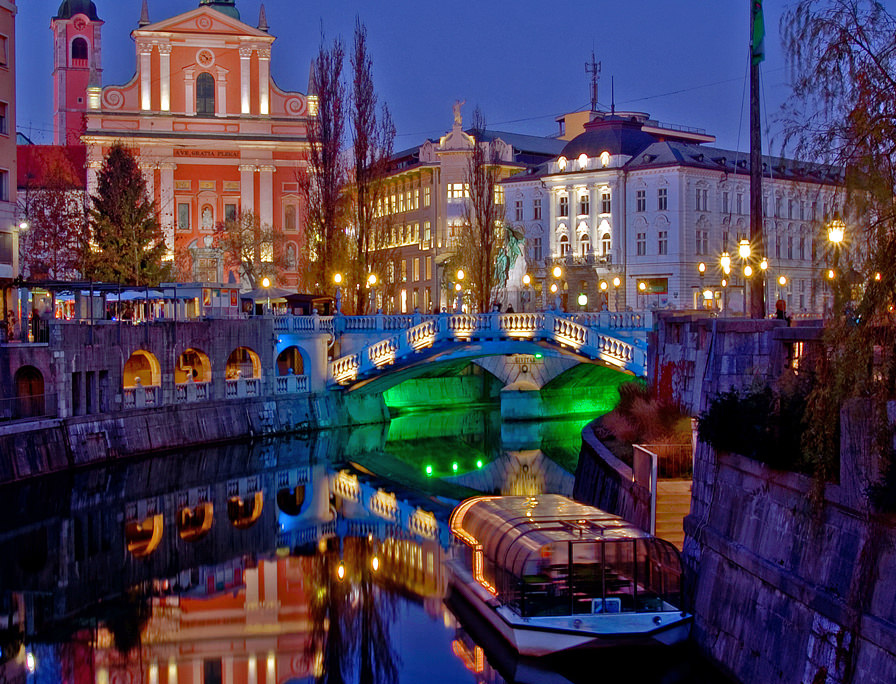 There’s a struggle with this travel life — what the heart wants and what the mind knows is possible. I’m hamstrung by finances because I’ve spent much of my life so far just struggling to get by.

Well, for two years now, I’ve gotten by and then some. I’ve paid out over $35,000 since mid-2013 in taxes, debt-catch-up, travel-life-preparations, and just improving my living standards, and I have worked so many long days and weekends. I’ve turned down those $75-event invitations, I’ve seen no concerts, I’ve had an appetizer and a drink while friends have gone to town. I’ve worn thrift-shop and cheap-ass clothes, went too long between haircuts, and checked flyers for grocery sales every Wednesday. I paid for takeout on long work weekends and got a housecleaner, but those were only so I could work more and earn more than those “luxuries” cost.

But here I am, 6 weeks away from living a lifestyle most people can barely even dream up let alone live. Not only are my tickets bought and 70% of my gear acquired, but I’ve paid up in full for 4 months of apartments and rooms abroad. And at least three are full-on stunners spaces, one of which has been a magazine spread in Attitude design mag.

This is the street I’ll stay on for six days in Genoa, Italy. I’ll travel for much of the day on Epiphany, and will leave the following Saturday night for a 20-hour ferry to Barcelona, on the 12th of December. Genoa is reknown for great seafood and white wine. Photo from Wikimedia by user Jensens.

In picking and choosing places, I also spent time looking up token restaurant menus for a glimpse at what places cost. I decided Barcelona, where I wanted to spend 3 weeks, was proving too expensive for the start of an adventure that is taking over $12,000 just to get off the ground.

It’s safe to say every night I begged out of social plans, every time I bought used clothes, every time I worked an extra hour — every bit of it turned out to be exactly the amount of cutting back I needed to do. Any less, and I wouldn’t be leaving in 6 weeks, I wouldn’t have the amazing plans I do.

So if every bit of it counted until now, well, after I leave, every bit of extravagance also takes its toll. Barcelona? I don’t want to be trapped in the kitchen of some guy’s place every night because I can’t afford to do the thing I most want to do when I travel — eat and drink.

So, back to the books I went. 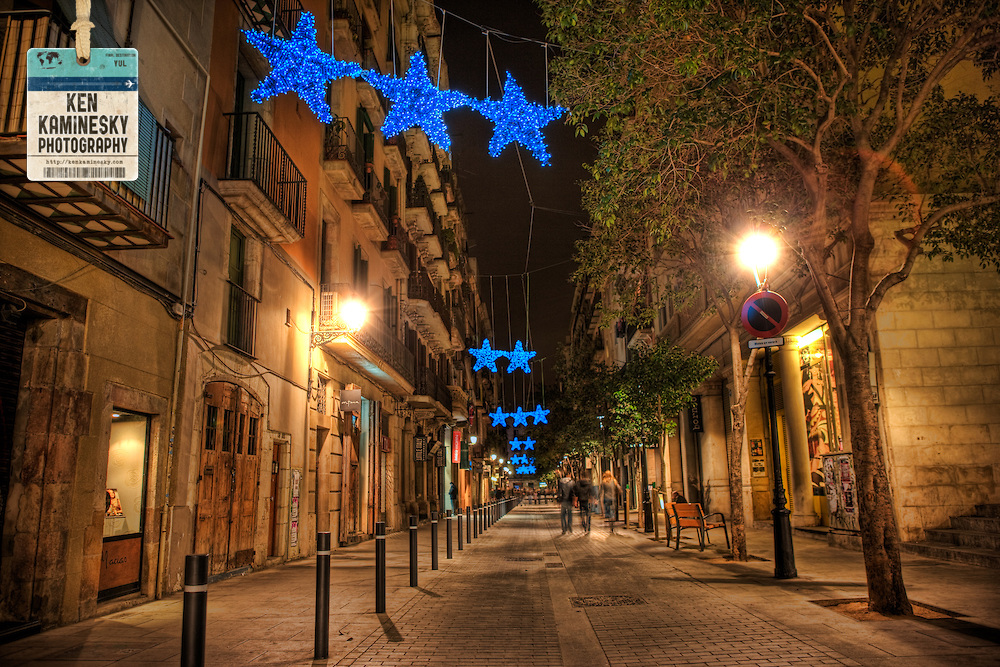 Photo of Barcelona’s Gothic Quarter in Christmastime, when I’ll be there from the 13th to the 20th, living right in this area. Photo by Ken Kaminesky.

With a combination of resources and also gut-instinct, I decided to re-tweak things.

I want some “European Christmas,” but it turns out that I want a LOT of Christmas. So much Christmas, in fact, that I’m now going to spend my December enjoying Christmas in four different countries. In December, I’ll spend at least one week in each — Slovenia, Italy, Spain, and Portugal.

I’ll start with seven nights in Ljubljana, then it’s by bus and train to Genoa, Italy, where I’ll enjoy five nights, followed by a 20-hour ferry to Barcelona. Then it’s seven days in Barcelona before I head to Portugal, where I’ll enjoy a whopping 42 days in Porto, exploring food and wine in a growing foodie centre.

All together, all those lodgings and all those trains and ferries — from Croatia to Portugal, September 27th to January 31 — come to under $4800. If I was still living here, in Victoria, I’d be paying out over $7300 for all the basics in life, including the laundry and cleaning, and zero exotic sights.

Mission achieved. A 35% reduction in my cost of living. Plus, with groceries and restaurants as much as 50% and 30% off the prices here, respectively, things are still looking pretty good for increasing the savings in weeks and months to come. 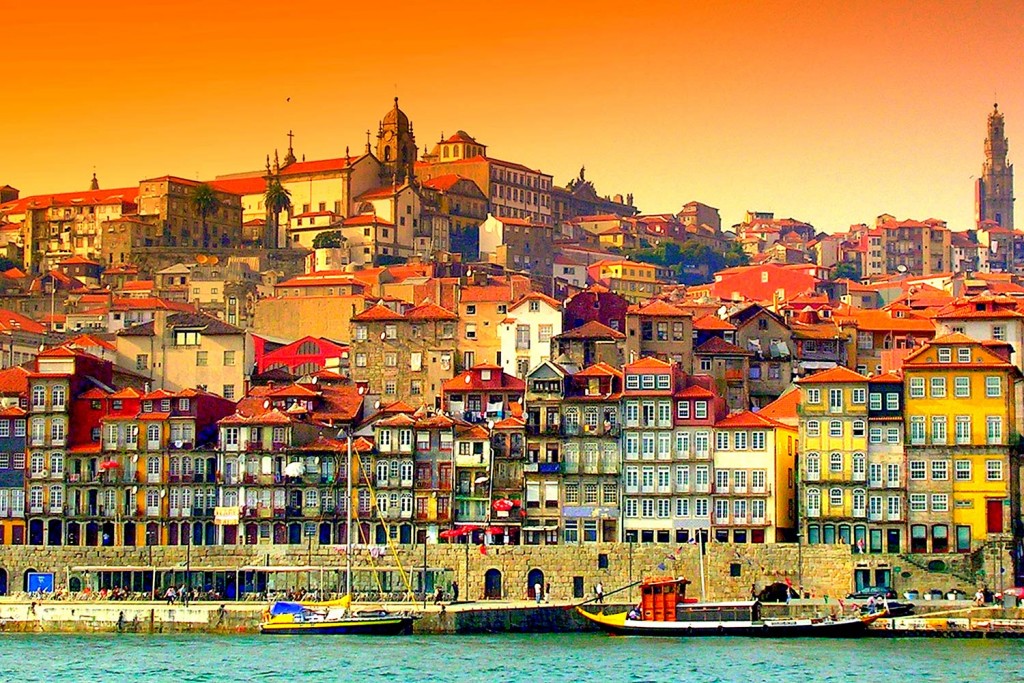 Porto, Portugal! I’ll live in this part of Old Town for 42 days. I’ll be walking distance from wine cellars and everything else good about European life. I’ll save a lot of money here, with $1200 of my cost-of-living savings happening RIGHT HERE, thanks to 6 weeks. From an article in Harper’s Bazaar, 07/2015, declaring Porto Europe’s most underrated city, photo via Getty.

I’ll leave reservations for a bit after this. I’ll likely book my two weeks in the south of Spain before I reach Croatia, but after that, I’ll wait till January before I decide where to go in Morocco. Or maybe I’ll skip Morocco for now and do Turkey next year instead. Maybe I do both. Point is, I’m not deciding yet.

Knowing what four months of my life looks like, though, that’s the important part. I’ve been booking beautiful-looking spaces that have dozens, if not hundreds, of rave reviews on AirBNB. I’m staying in Old Towns in every single city. All my lodgings are in a walkable area recommended to me by locals as being a place to be in the centre of all the good food, wine, and architecture.

My lifestyle, starting in 8 weeks, is about to do a 180. From manic and stressed to “just have to work 5 hours for five days a week” with a few bonus hours for more money. But 25 hours a week will pay for my life. Anything over that? Savings or splurging, depending how I feel that month.

But throw into that mix my seeing places I never thought I’d see (Genoa, Italy? Ljubljana? Porto? Maaaaan…) and the old-world architecture and some of the incredible spaces I’m staying in, and the wine and cheese and meat culture, and so much more, and I can’t believe this is my life coming up. My life!

I have worked so goddamned hard for this, for so long. I am so tired and burned out that I’ve randomly cried for no constructive reason here and there for going on three weeks now. The fatigue is brutal, but think of this as the tip of MY Everest. My climb is almost done.

It has been immensely challenging, getting where I am, and I’ve paid out so much more money than I thought I would. I figured it’d cost me maybe $5000 to be ready to go, but with flights, four months’ reservations, a new computer, and so much other gear, let alone $2,500 in insurance solutions, well, I’m somewhere in the hole for $12-15,000 now. But I’m not “in the hole.” I’m $8,000 from debt-free including the $4,000 I need to spend on insurance and cameras this month. Debt-free life should await me by January, in fact. 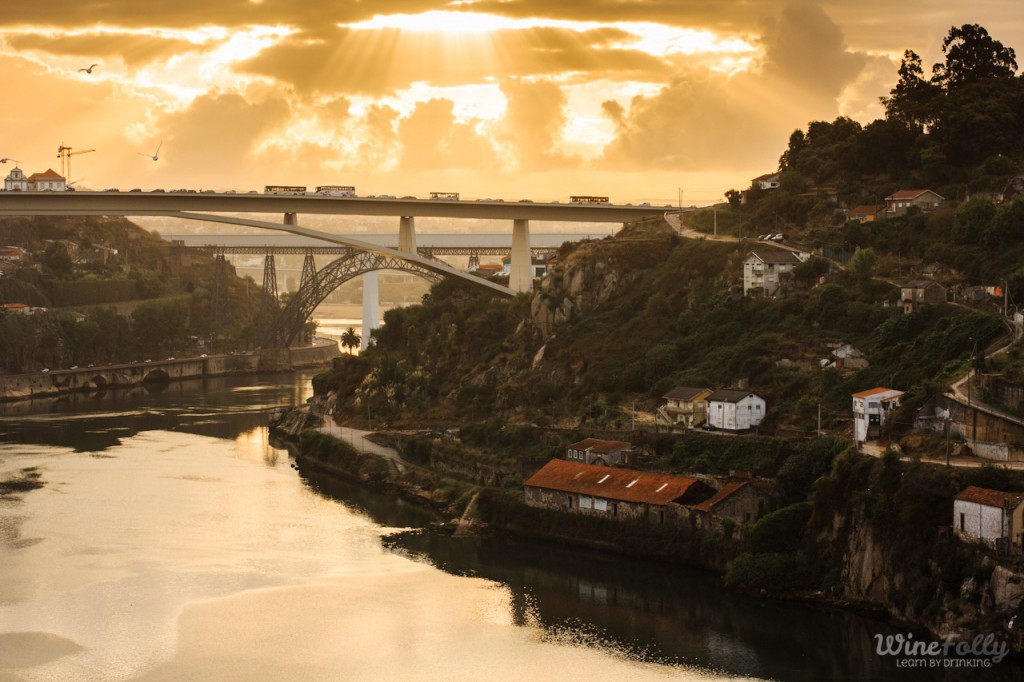 Just across the bridge from me, 3 kilometres from my lodgings, are these — Porto’s famous port & wine cellars, 14 of them at present. Walking distance to tastings? Fanastic. And this photo’s from Winefolly.com.

It IS my life. This is ME doing this. Every day I’ll be somewhere that’s blowing my mind with new information — new tastes, new people, new customs, new smells, new ideas. Every freakin’ day.

For six weeks over the Christmas holidays and new year, I’ll stay with two lovely-sounding gay men, one who’s an interior designer, and their dog. I’ll be in the most luxurious room I’ve ever been in, while hanging out in a world-class Portuguese old town. I’ll catch my breath and make my plans for what will be the first full year spent seeing the world.

You know, I’m too busy planning and researching and getting ready my adventure to even have time to imagine what my life will be like, but once in a while, I do, and when that moment happens, I get shivers, my heart beats faster, and my eyes tear up, and I realize that I have worked my damn ass off for over four years and every bit of dreaming I did, well, I’ve made it come true.

No one else has done this for me. I earned this through relentless faith and determination.

I cannot believe how blessed I am to be on the verge of this adventure of a lifetime.

So what’s your dream? What should you have already started making come true? And how are you gonna make that happen?

Because if that broken, depressed, hopeless woman I was in the spring of 2010 could be this one packing up her bags to tour amazing places in Europe for the next year, well, there’s hope for you.

being a nomad ferries food Genoa Genova Italy living it up Ljubljana planes Porto Portugal saving money Slovenia the digital nomad life trains travel travelling the world wine
A Dream Takes Shape2015-08-152015-08-15//www.fullnomad.com/wp-content/uploads/2016/04/logo2.pngFullNomad//www.fullnomad.com/wp-content/uploads/2016/04/logo2.png200px200px
About
Steffani Cameron
In 2015, I sold everything to travel for five years. I'm living out of a duffle bag and works wherever I can get some Wifi. A trained journalist and avid photographer, I'm passionate about culture and what makes us tick. Click below to contact me for projects and opportunities.
Showing 2 comments

How I’ll Protect Myself While Travelling AbroadBefore 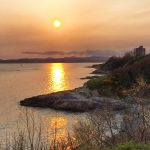 How I Made My Dreams Come TrueInspiration