Learning Under the Mexican Sun

After nearly five months in Mexico, I’m amazed at how much I’m learning about myself and my career. I’m excited to apply all these things – from personal lessons to my professional livelihood – to all my future endeavors. We may not always like how or where we live, but if we can take something from that, then isn’t that the only thing that matters?

It’s been a rainy couple days here in Mexico, is a nice change for this Northern girl. Hard to believe I leave in nine days. Leaving Mexico will be bittersweet. Sweet, because I want to go, but bitter because I feel I’ve failed it in some ways.

I’ve resolved to try Merida again one day in a year or two. I’d like to see this entire region when it doesn’t feel like I’m taking a steambath 24 hours a day.

But if I’ve failed to “do” Mexico right, it’s partly due to what my circumstances were. I did what I needed to do, and I’m proud I had the dedication and focus to get it done. My circumstances have changed, my future is bright, and my worklife is busy.

When I talked to friends in the summer of 2015 about my travels, I told ‘em my first year would be a write-off. It’d be me learning the ropes, adapting to routines, and understanding who I was. I had no idea how right I’d be – right down to saying the year would be a professional write-off, of sorts.

I recognize now that this whole year has been about learning. For me, as a traveller, everything is new after a life spent taking a few roadtrips and nothin’ but.

This lifestyle is about goodbyes and hellos, but it’s also all about anticipation. How often do things live up to the expectations? I haven’t been around long enough to know. Some have exceeded them – like Zagreb and Lisbon and Guanajuato – and others have not.

But that’s the ride, man. That’s what we buy the ticket for.

And I’m learning that. The ride, it’s about the ride. Buckle up and enjoy. 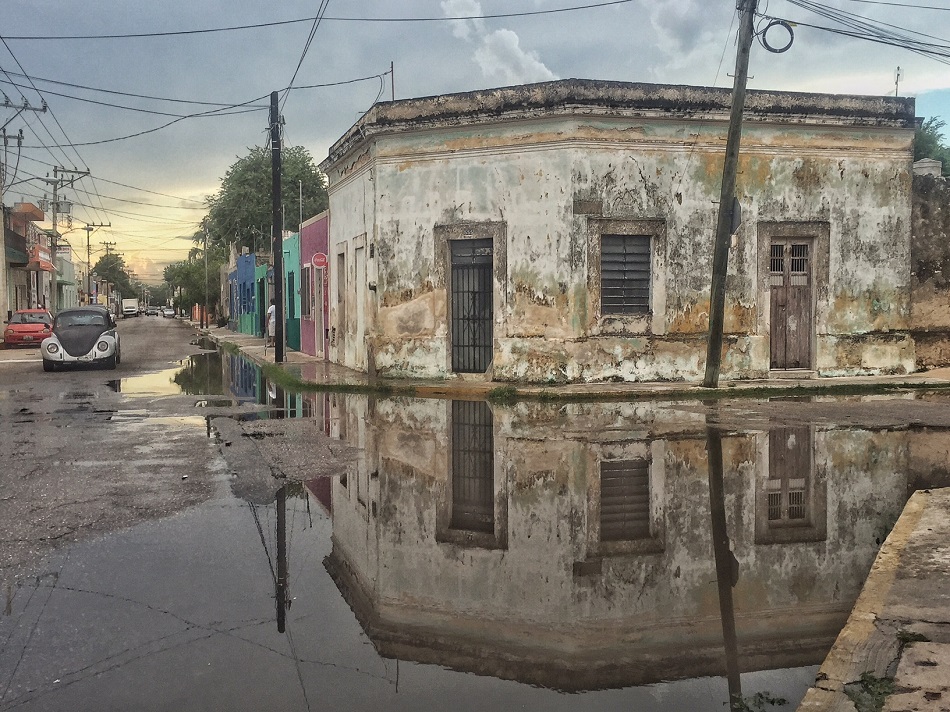 How’s this for a fitting image? It’s after the storm that we get periods of true reflection. I think adversity is our biggest learning lesson. I can look back on this year and know I needed to learn what it’s taught me.

Timing is A Mystery

What I’ve also been learning includes how long I want to be in any given place: four to eight weeks. But that’s true for countries, not just cities. Too long and the mood evaporates. Too short and it’s a taster, not the meal. I’ve been in most cities in Mexico for 4-7 weeks, but I’ve been in the country nearly three times the “ideal” length – 141 days as of departure day, nearly 5 months.

Something else I’m learning is budgeting requires sacrifice. In this case, it meant living a meagre life in a country that’s budget-friendly, and for longer than I should have. I leave Mexico knowing I’ve fixed my finances and set the stage for a successful future. In the future, it’ll include periods in lusher places followed by budget-recovery stays. I’m learning that pattern will be a life-saver in the years to come.

Here’s hoping my next chapter feels as though I’ve executed it better than the second half of the first. I’ve made a lot of weird decisions this year, but the fog is clearing and I’m stoked about what’s coming my way.

Why We Travels Outweighs the Where

Everyone travels for different reasons with different things driving their experiences. For me, travel is about two things – food and photography. But just this past week, I compiled my FIRST and ONLY travel video from my first year of adventuring, and man, I’m bummed I shot so little!

So there’s something else I’ve been learning: How to make a video! Here it is, and I hope you enjoy it.

Soon I can record my experiences in a more representative way. By incorporating editing, motion, and music, I will better share my world with you. It’s like photography on steroids. A new way to record the adventure of my lifetime, a new creative outlet!

For now, this is a taste of what maybe looms for me. It’s imperfect; the software has it skipping a bit. My hand is unsteady, so I need better motion stabilizing, and I’m looking into that.

With luck and providence, I’ll have some new gear soon to help me with my videomaking future. Talk about exciting prospects.

In the end, as this last week passes me by here in Mexico, I leave knowing it’s exactly what I needed it to be. A struggle, a safe place, a lost chance, a strange encounter, a coming-of-age, a port in the storm. Mexico has been all these things to me.

So it is I’m learning too that it’s okay to have these “blah” phases. They’re critical in the life of creators. We need times where we feel less inspired and we focus efforts elsewhere. It’s impossible to live at level “10” all the time.

Maybe one day I’ll look fondly back on Mexico because it didn’t get in the way when I needed to figure out my career some. It didn’t get in the way of me learning about me. That could be the gift it’s given me. A mix of angst and longing and complexity that essentially caused me to ask questions and seek answers. What did I really want from life? From travel, from work? From me? 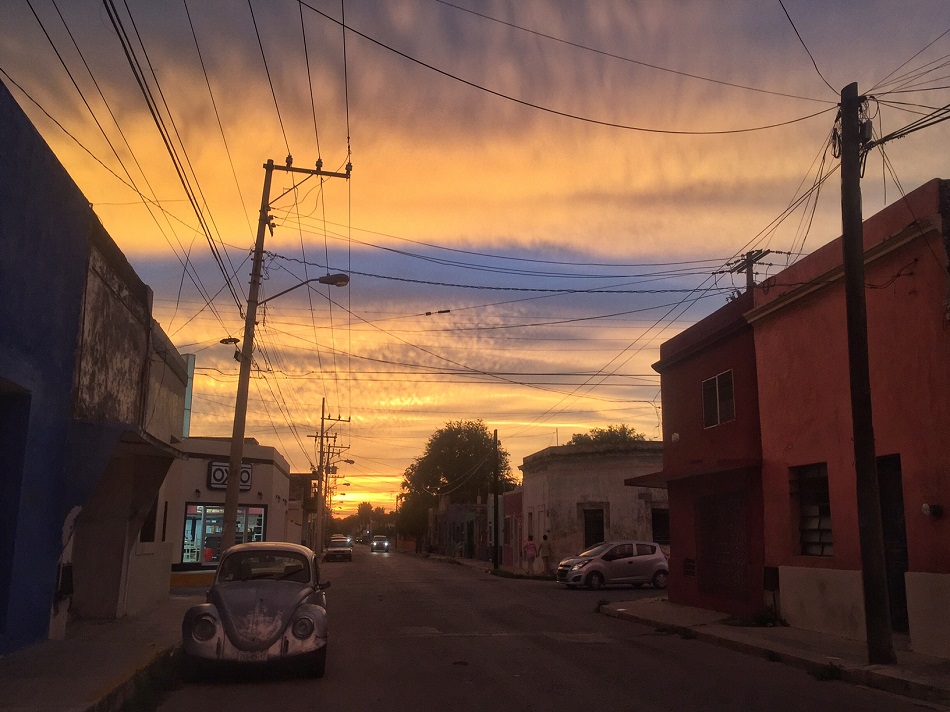 I was lost in work recently and looked up and the backyard was orange. Not “a bit of orange sunlight,” but everything had actually become orange. I ran outside and caught this view. Sometimes, just stopping gives us amazing moments, you know?

Lately I’ve been thinking about continuity and upheaval. I strongly believe our lives are anything but constant. If life is rock-steady and constant, I have to wonder how fulfilled people are. Maybe other people are different from me.

I remember hearing, once, a misnomer about Libras, of which I am one, was that the Libran “scales” symbol led people to believe Libras were consistent. But the astrologer explained how a scale is seldom ever balanced. Instead, scales pitch from extreme to extreme until balance is found, then it becomes unsettled once again.

Astrology isn’t a belief I nurse. I’ve probably looked my horoscope up twice in a year. But I liked that idea of the Libran scales because I’m perennially unbalanced and inconsistent. Sameness and consistency seem to be deathknells in my world.

Stopping So We Can Start Again

Writing constantly, photography – yes, they’re what I live for, but sometimes even what we live for becomes too much. Look at Daniel Day Lewis. He took a five-year break from films to do all kinds of things, even apprenticing as a shoe cobbler. Then he came back and his first two movies were Gangs of New York and what’s considered one of the best movies ever made now, There Will Be Blood.

It’s arguable that art and creation consumes us. Whether it’s just someone trying to pound out some words, like me, or it’s your great painters. We get so wrapped up in it that we forget to evolve.

So I’m learning that stopping and walking away means I can run back to it with renewed excitement and passion. Breaks are good. 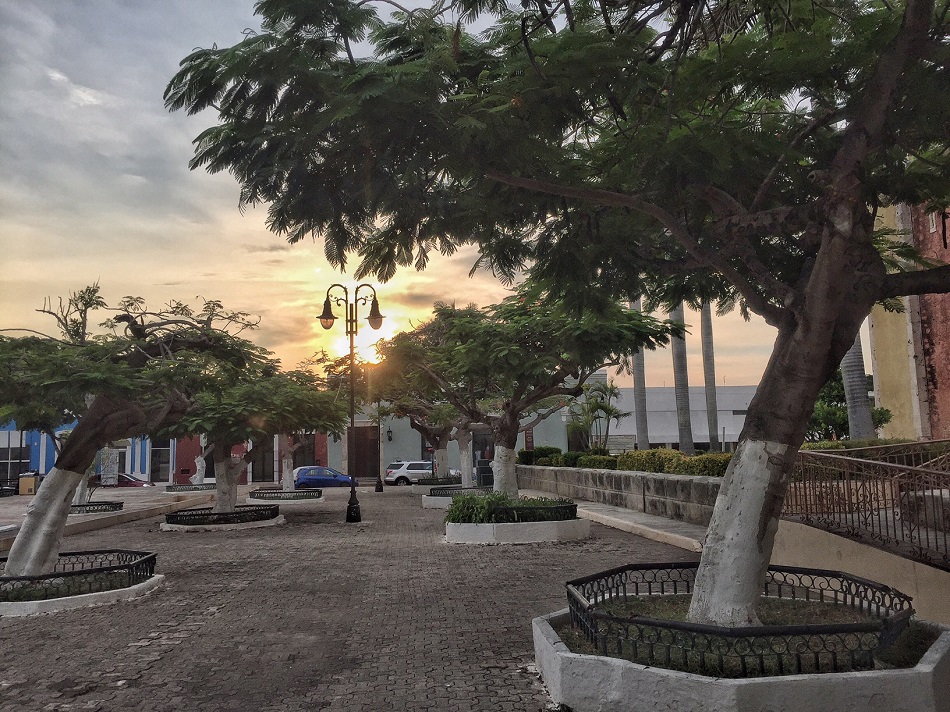 Last night I wanted to see a sunset from a local town square, so I hung out waiting for it, and shot this during my wait. The sunset never came. Clouds closed in. Lesson I’m learning? Sometimes the waiting has better rewards than the outcome. Enjoy all of it.

In a way, Mexico has been my break. I’m writing differently now, I think. I feel more confident I’m finding the right words and unlocking things. Now I’m rested, I’m recharged, I’m excited to have a new phase coming up.

Yeah, it won’t all go according to plan, and so what? That’s life. It’s travel too. What matters is I’ll see amazing places, and either they’ll tell me the sorts of locations I want more of, or I’ll know what to avoid. That’s something, right? Knowing, learning – that’s more than something. That’s huge!

So, the countdown is on. Time to get dressed. A rare night out in a new city with an actual human being! Hopefully someone I’ll be able to reconnect with in future travels. And so the new phase begins. Happy Labour Day weekend, humans! 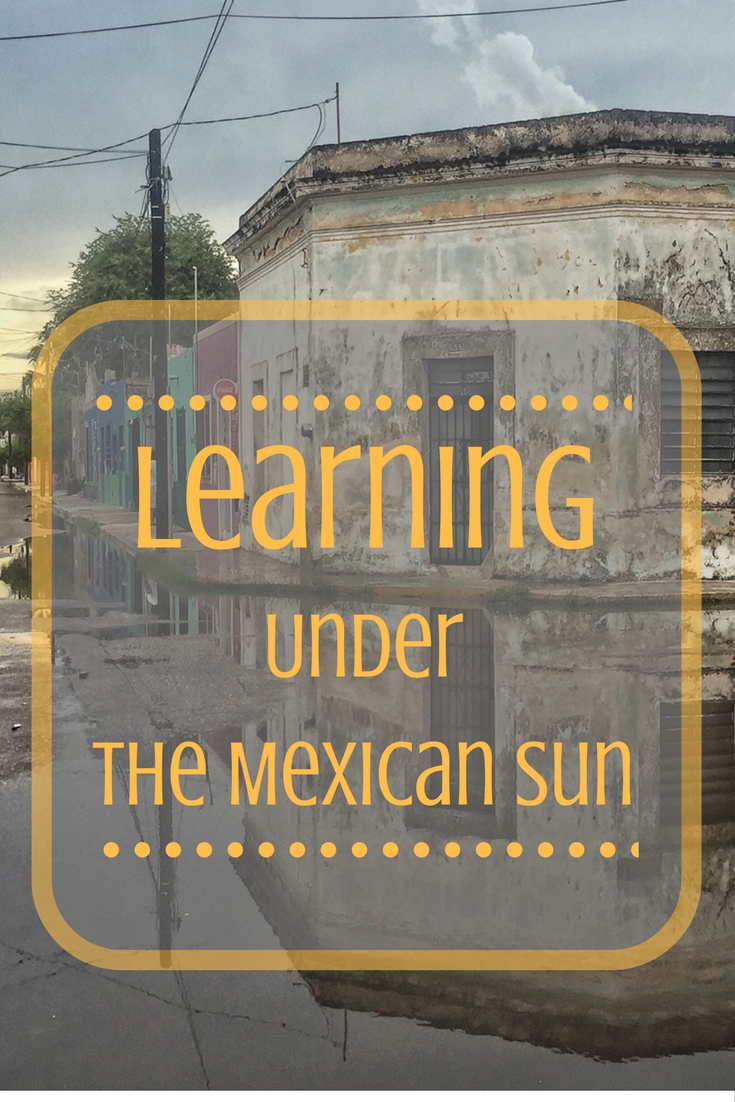 growing learning life lessons Merida mexico self-awareness
Learning Under the Mexican Sun2016-09-022016-09-07//www.fullnomad.com/wp-content/uploads/2016/04/logo2.pngFullNomadhttp://fullnomad.com/wp-content/uploads/2016/09/FullSizeRender-53.jpg200px200px
About
Steffani Cameron
I'm a journalist born and raised in Vancouver, Canada. Trapped in a life others kept selling as "the dream," I decided my dream was decidedly different. I sold all the stuff I'd worked so hard to acquire, and at the age of 42 I set off searching for something else—culture, food, adventure, far off lands. In short, I sought the whole world.
Comments
pingbacks / trackbacks 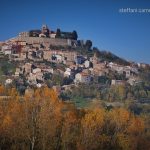 Istria & the Magic of MotovunCanada, Croatia 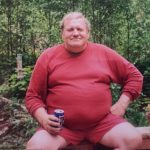 Goodbye, Dad: Remembering the Man Who Made MeChallenges