Why I’m Not Scared to TravelAs a Single Woman

When I tell people my travelling-for-five-years plan, they’re generally really excited to hear about it, but they also question the safety. Not just of a woman travelling alone throughout all kinds of countries, but of the lack of security that comes from giving up a home.

Another thing they commonly obsess on is how my entire life is becoming an unknown. Folks seem to think it very unsettling.

I’ll confess, I’ve had a lot of these concerns myself in the last couple years as I’ve worked through confronting ‘em and screwing up my nerve to go anyhow. I’ve also been lucky to have a lot of weird little instances occur over the last two years, where I’ve had doubts washed away.

The idea that you travel “alone” is a misnomer. Some of the greatest friendships of my life have lasted less than 48 hours. For a day, we’d live and die for each other. There’s a kinship and connection that develops on the road, when you know this fleeting moment is all you got and maybe it’ll never happen again. I doubt this sense is as strong as it was in the pre-Facebook era, when the odds of staying connected were very low.

You Get What You Seek

A number of people in my life confuse me because they generally believe the world to be unsafe and kindness to be an exception to the norm. I feel sorry for them that they’re predisposed to suspicion, not trust.

We must be leading different existences, because I find a lot of kindness in my life. Like the time I took a wrong turn on my bike last year, at sunset, and found myself on the backside of a lake, facing an additional 30 minutes of cycling in the dark. I stopped for directions, asking a mom watering her lawn with her 5-year-old, and she kept wondering if I wouldn’t rather throw my bike in her truck so she could take 30-40 minutes out of her life and drive me home. “I don’t mind,” she kept saying. Then she made me prove I had adequate lighting for the trails. I’d never even met her before, still don’t know her name, but that’s kindness of strangers for you. Not only will most help, they generally care.

I ignore many of the “16 people stood by while this guy had a seizure!” news stories because I get a different POV on ‘em. As bystanders, a lot of folks don’t have the nerve to be the person to take action. They’re scared of making things worse, or don’t know what to do. There’s all kinds of reasons people might not intervene in a situation, and only one of ‘em is that they’re an ass. Generally, I find if you give people the opportunity to be kind, they’ll take it.

Risk Is a Numbers Game

As for the perception that I’m turfing all the security I have in the world and losing my support network, folks have the wrong perspective and need to think outside their picket-fence box.

I live in a ridiculously expensive part of the world. My monthly costs — not including my loan payment or cell phone, and before I buy a single grocery — are over $1500, with a rent increase looming. As for groceries, nowhere I have looked at has more expensive groceries than here.

I’ve found so many great places for $1,000 and less, but usually I can plan to spend $500-750 a month,* even in Europe, where that’s an all-in price. Then the groceries are often 30% cheaper too. Once my loan is paid, it’s conceivable my basic cost of living (read: not including dining out/booze/travel) will fall by 50% — while crossing off one thing after another on my bucketlist.

If living for 40-50% cheaper is not giving myself some security and wiggle room, I don’t know how to do it better. And that’s in Europe. Imagine a place like Bali or Thailand, where a dollar goes far further. If life goes sideways, I can hightail it to a cheaper part of the world. Easy.

Here, I have no escape route. I feel extremely insecure living in BC now. My future is a scary place as a single woman with no safety net, no savings. My choice to travel the world is how I take back my power, how I create savings for my future.

This trip is essentially the world’s most audacious retirement savings plan.

As for support, I’m already living removed from friends and family. I’ve barely made connections where I live now, even after 3 years. When I have problems, I turn to myself. I have people I love available through the virtual world, to give me support and encouragement, but they’re not around me physically. That’s not changing — other than I’ll no longer be 4 hours away. It’ll be a little more complicated to reach me, that’s all. 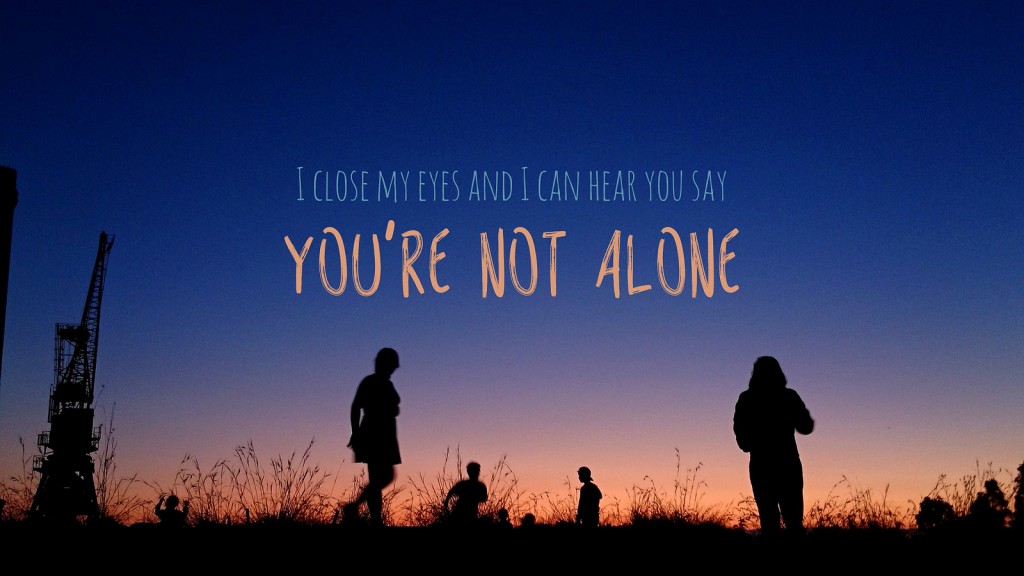 Bad things happen. That’s life. Just as in science, there are always anomalies. A goat was born in the UK this week with five legs. How do you account for that? You can try to explain it away — chromosome-this, mutant-that — but it’s just another weirdness that life can’t account for.

So too with cruelty. There are murderers and rapists the world over, but it’s a small minority. Not as small as five-legged goats, but hey.

This next bit can’t be taken as victim-shaming, because it’s not — I think some of us are just better at hearing our gut instinct on people. I think a lot of bad situations happen because people ignore a moment of doubt. We talk about giving “benefit of the doubt” as if it’s some Christian attribute, but “doubt” and “gut feelings” are survival instincts. Ignoring them can be to our peril. Screw manners. Listen to your gut.

On the flipside, letting life be governed by niggling moments of doubt can lead to a dull existence, so there’s a balance of listening to that gut instinct but not letting it turn you into a protective hermit cowering under a shell. I’ll be trying to straddle that line. 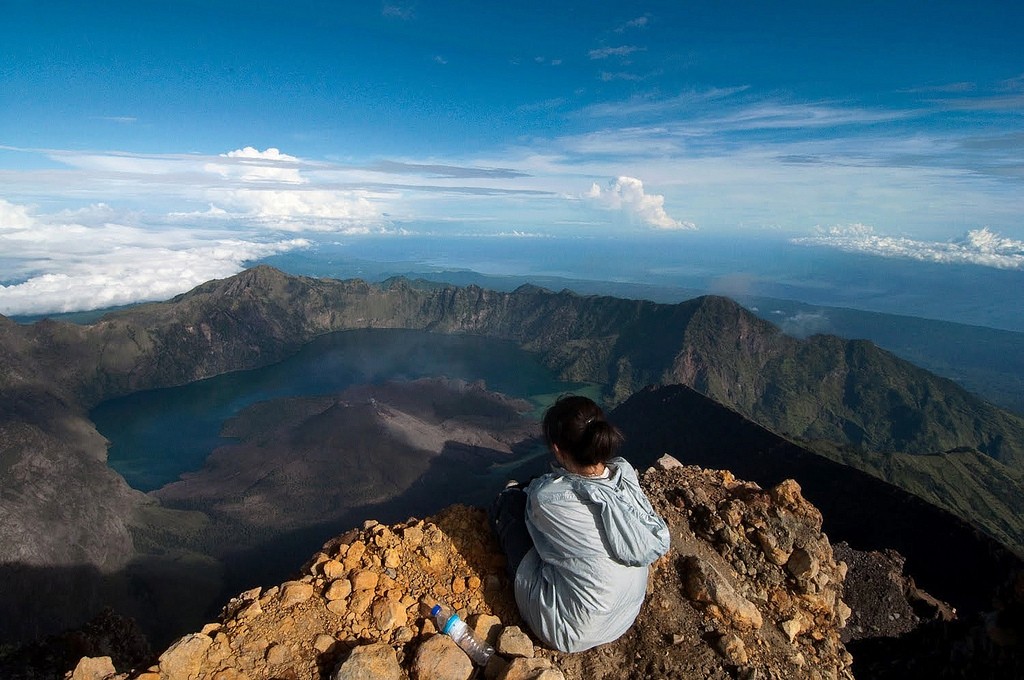 I had a moment here in Victoria where maybe I was feeling isolated that week, about a year or so ago, and when a guy approached me in a park and chatted me up, I was somewhat friendly to him. Wisely, I planted conversational seeds to allow me a quick exit if needed, but I let my guard down a little, and several minutes into the conversation I realized he’d subtly been fondling his penis the whole time. Pants open, penis out, coat-over-arm in front of penis, while fondling with the other hand. To me, though, he had looked like he was just holding his jacket, not doing anything.

Luckily, once I realized what was happening, I excused myself for the writing deadline I’d mentioned earlier, and I left quickly without panicking. Once far enough away, I called the cops.

Could that have gone much worse? Sure. It didn’t, though. But that was 500 metres from where I live. Who’s to say I need to go looking for danger on the other side of the world? It’s in the park behind my house too. 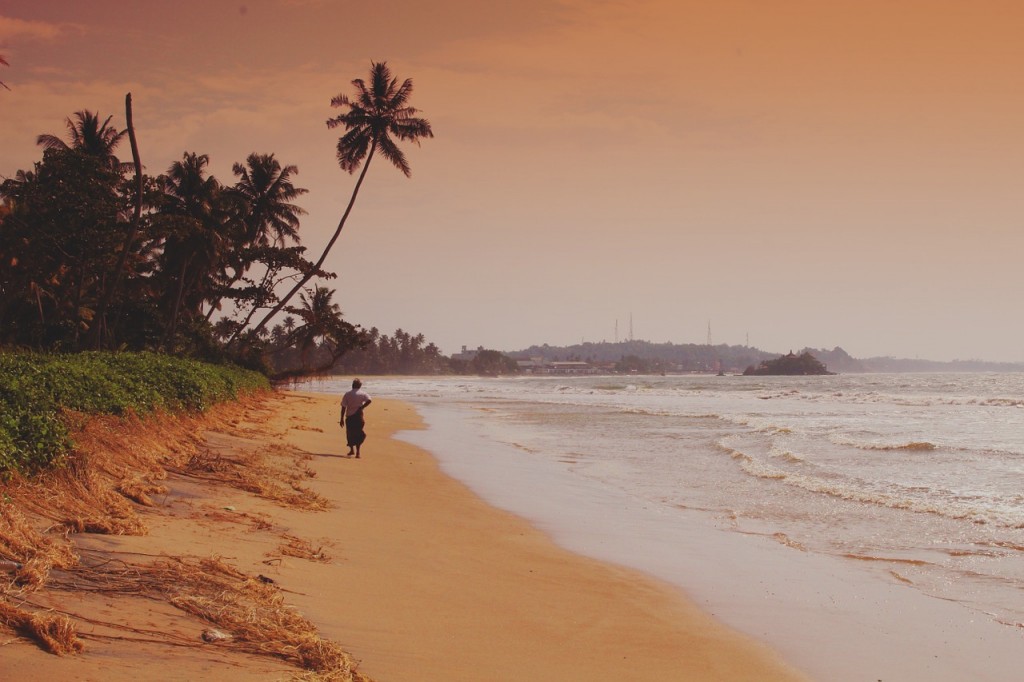 The thing is, I thought Fondler was weird from the moment he approached me. There was something off about the exchange, and I figured “Oh, I can take care of myself, it’s fine, he’s just odd,” and I ignored my gut instinct. Lesson learned.

I’ve heard of friends who made that judgment call — “Is this a weirdo, or is he genuinely being nice?” — while travelling, only to have it turn into a great all-night conversation with a blues bar and unforgettable personalities. I’ve had others who made similar calls and had incredible adventures with near-strangers.

For the most part, people we meet aren’t out to hurt us, attack us, or derail us. They’re often just a spark to the flame of experience, there for a moment and then gone. It’s up to us to tap into the right folks at the right times, because it can change who we are for the long-haul.

So am I scared? Sure. Who wouldn’t be? It’s a lot of unknown. We’re bred to fear the dark. Survival instinct makes us fear the unknown. That’s part of the human condition. Who am I to be any different?

But some of the greatest relationships of my life lasted for under 48 hours. How many of these sunburst friendships will I have over the years? How many will be with other intrepid travellers who understand my journey, connect deeply, and find a way to have our journeys cross paths again — in another country, another time?

How many will have lightbulb-style philosophies that shape me to the core after one passing conversation, like the guy who explained to me on a ferry once that he felt cities were built to distract us from how unhappy and unfulfilled we are? How often will these strangers style me into a smarter, sharper writer?

Many people and often, I bet.

For that, the risks are worth it. Fear gets in the way of some spectacular experiences. I may be scared of heights and other things, but with an adventure like this, I’m prepared to make the leap.

adventure being safe calculated risk gambling kind people kindness of strangers safety single woman solo travel travelling alone travelling as a woman travelling by myself travelling single trusting intuition trusting your gut
Why I’m Not Scared to TravelAs a Single Woman2015-04-212015-04-21//www.fullnomad.com/wp-content/uploads/2016/04/logo2.pngFullNomad//www.fullnomad.com/wp-content/uploads/2016/04/logo2.png200px200px
About
Steffani Cameron
In 2015, I sold everything to travel for five years. I'm living out of a duffle bag and works wherever I can get some Wifi. A trained journalist and avid photographer, I'm passionate about culture and what makes us tick. Click below to contact me for projects and opportunities.
Showing 5 comments

Starting My Engine:5.5 Months to GoPlanning
(Almost) Every Writer’s DreamInspiration