My Guanajuato Garden: A Week in Eden

t’s hard to believe I’ve been in Guanajuato three weeks already. It’s flown by, and a disruptive Friday a week ago really threw things off for me.

That, like much of life, is a story – one  about stepping through opening doors to find what’s been sought on the other side. At first, it seemed like misfortune and a negative turn of events, but perspective and attitude are the most important tools in my kit when travelling. (And yours, too.)

Let’s travel back a bit here, shall we? 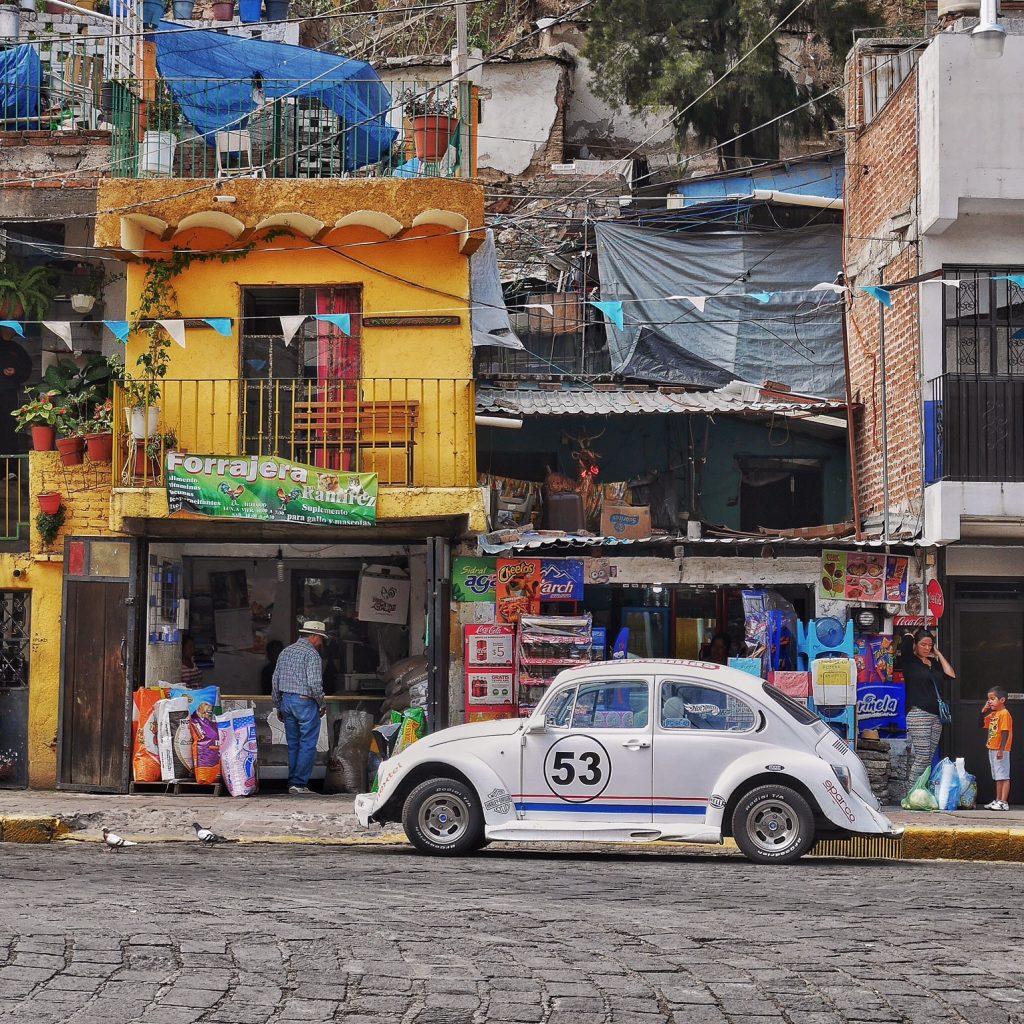 Guanajuatense love their Beetles and this photo is quintessential Guanajuato, higher on the hills, in the residential area off the tourist path. This town’s colour blows my mind.

When I rented my first place (aha! the plot thickens!) here in Guanajuato, the ads said “five-star rental”. I checked it out on TripAdvisor, AirBNB, and then I found the site independently hosted, so I was able to negotiate a $447/month rental, thinking I’d gotten a steal. Well, comparatively with other places on those sites, I kinda had.

But like I say, I was led to believe it’d be in nice shape with things like “five-star rental” being written about it.

When I got there, it was “okay.” All the windows were frosted in because apparently it’s too difficult for a renter to close their own curtains. The back of the apartment was 2 feet away from the hotel wall behind it, so I couldn’t see anything anyhow. Thank goodness for frosted panes. (Eyeroll.) The front windows were tiny and couldn’t be seen through anyhow. There was no view at all. And the location, wow. You think a kilometre from downtown is fine, but I was on a hill in a residential suburb and it was a 15-minute walk to anything edible and 25 to the centre of town where the restaurants were. It was the most distant a kilometre has ever felt for me.

In the suite itself, two of four stove burners didn’t work, making the lack of local eateries an issue. It was a u-shaped driveway with several apartments all lining it, mostly rented by locals and students, so it was a bit of a party haven on weekends. That’s okay, though, because Mexico is just loud by nature. The only big pot for cooking in was completely rusted, which was a bummer because I really looked forward to braising some meats and enjoying good homecooked food there.

But beyond that, the ceiling fans had dust ¼” thick on the blades. The bathroom was a weird shape that meant sitting on the toilet would hurt my right hip. That’s a new one for me: A toilet-sitting injury. The bottom of the walls in the bathroom had never been caulked, so when the stormy weather came rolling in, and bugs went nuts, I saw several each night, skittering along the walls. Then, awesomely, one day I leaned forward to peer at my 40-something face in the 28”-away recessed mirror over the bathroom sink and the whole sink came off the wall. That was the final straw.

In pointing SOME of these things out (I cleaned the fan blades myself, for example), I got an email from the landlord telling me I was the most complaining-est tenant they ever had. Uh, okay. 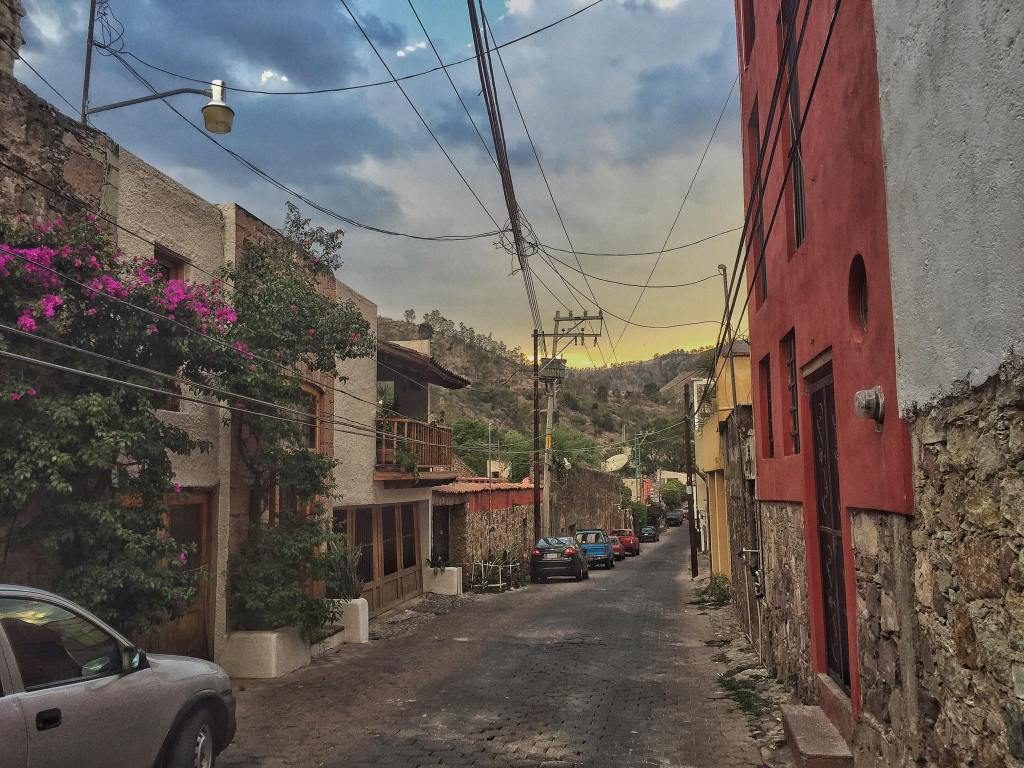 My apartment was far removed from the colour and personality of the downtown life in Guanajuato, not to mention far from most tasty things.

I Am What I Am

I’ve been lucky in all my years as a renter because I’ve always been encouraged by landlords to notify them the minute I notice ANYTHING wrong, because they don’t want anything going untended, since it always gets more expensive that way. I kid you not, in 15 years of renting, it was only when my building was sold to a slum lord that I stopped having that experience. All I ever did with the landlords was send an email saying “Oh, getting a lot of silverfish in the bathroom but the backsplash isn’t caulked at the bottom. Maybe that would help?” It’s $5 for a tube of caulking and $25 for an hour of a dude’s time in Canada. That was remedied within 36 hours.

My most recent landlord in Victoria loved me because not only would I contact them about a problem, but I’d tell them exactly what was wrong and what potential solutions might entail, so they could plan labour accordingly. After all, my dad was in construction all my life and I wrote about home decor and household maintenance for five years for money, so I know a thing or two.

So, with my history of attentive landlords, I’m conditioned to say, “Hey, your sink fell off the wall.” Go figure!

But I’m a complainer. So, hey, I get this email at 11:30pm a week ago Thursday, inviting me to leave with a full refund for my time unspent there. It took me 60 seconds to open up all the local rental pages and seek something new. I finally got to bed at 3am with something promising lined up.

This debacle teaches me to listen to my spidey senses. Once again I ignored that tiny pinging sense in a review after bringing it up with the landlord in inquiry emails. Someone complained about thick dust on the fans and some other small cleanliness factors, and I mentioned it in email, saying, “I have to let you know that I really notice these things because I work from home and my environment is important to me.” The goof actually said, “Oh, she just had a bug up her ass. Later she apologized for the negative review.”

How on earth did I overlook such an asshatted statement? “A bug up her ass”? Misogyny, rudeness, all ignored by me. What was I thinking? I ignored my gut reaction, telling myself it was a good deal and I’d make do with it. 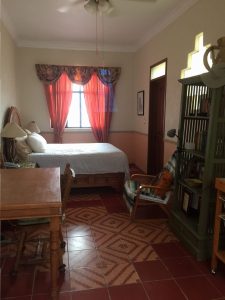 It’s not the Hilton but it’s a cute studio in the heart of the historical centre and close to all the better, affordable restaurants, including one at the foot of my hill that I eat at every two days at least.

Here I am, a week later, and I’ve been in that lovely new place for 6 days. I love it here. I’m writing in my Eden-esque Mexican garden that is all mine until July 9th. It’s a small, cute studio, a super-firm but great bed, on top of a giant hill in the centre of the old town. I get to see when clouds are rollin’ in over the distance, like the big one consuming the blue sky right now, suggesting imminent storms ahead (as has been the case all week).

Changing spaces has transformed my experience of Guanajuato and I love this town now.

But it’s also changed my future too. This lovely place vanishes on the 15th of July, so I took it as a sign from the Gods that a longer stay was not to be.

That opened-door provided by the last landlord led to me exploring other options. I have now secured a month in the very-expensive-for-tourists San Miguel de Allende watching over someone’s house and paying $400 for the whole month just to cover cleaners, utilities, and some mad money for the leaseholder. After that, I get to go to Merida, Mexico, for a month for about the same, after working out a crafty deal with the owner of a place there.

So I’ll see more Mexico, which will be fun, but without breaking the bank.

For the first time in all my travels I have a little garden to write in. *swoon*

I’m a big believer in serendipity. When you get it, take it. Don’t ignore the signs when the universe rolls out the mat and says THIS WAY. This apartment I’m in now isn’t perfect, but I really like it. The other places I go to won’t be perfect either, but they’ll be a way I get to enjoy amazing places for a moment in time. And isn’t that all travel really is? Collected moments in time?

The guy from the first place may not be someone I’ll ever want to have a beer with, but he was honest about returning my funds, and I appreciate being given the opportunity to walk away from a place that made me quite unhappy while I was there.

Those pangs of doubts don’t speak loudly and we ignore their whispers to our peril. I’m trying to learn better how to judge what’s just negative inklings versus what’s my inner voice interpreting the signs for my benefit. One day I’ll get better at knowing what’s the distraction and what’s not.

In the meantime, I’m very productive here. I’ve been busy seeking opportunities, writing, and even putting the final touches on my new blog template, which should be relaunched any day now for a cleaner, crisper reader experience. I can’t wait to unveil that for you.

So, soon you see a new blog, and in the next couple months you’ll see amazing new places too. 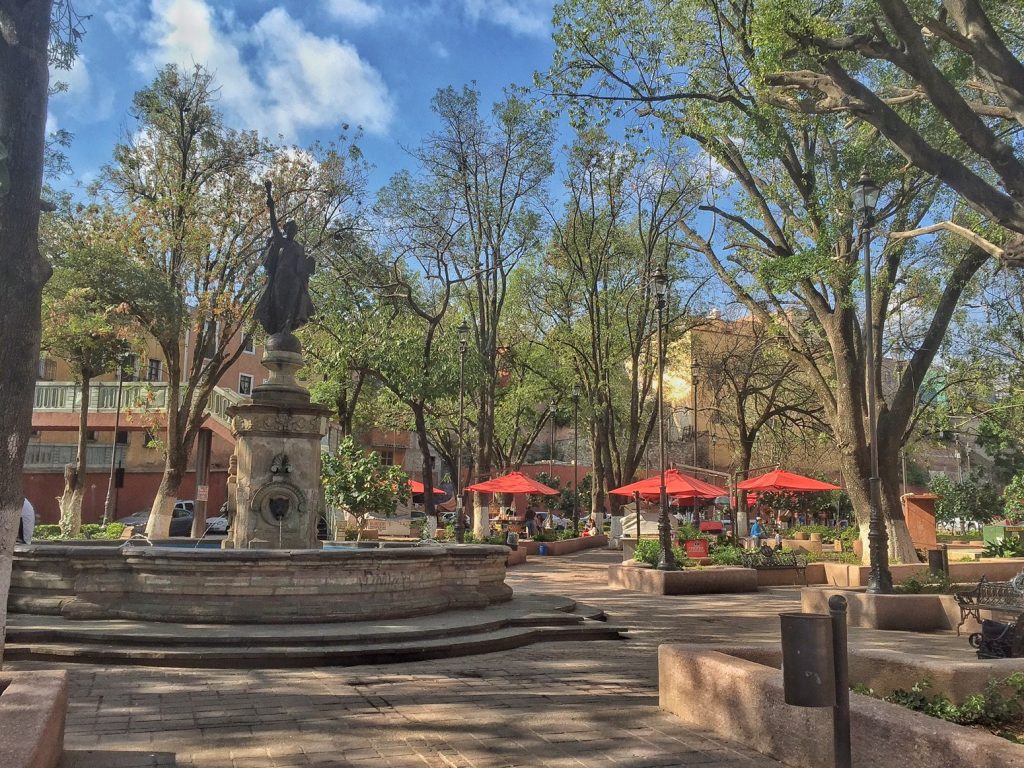 Where I’ve scored tacos al vapor (a wet, steamed kind of taco versus the kind you’re likely used to) for breakfast, a common favourite here.

apartments cheap lodgings Guanjuato renting troublesome rentals where to stay
My Guanajuato Garden: A Week in Eden2016-06-182016-07-14//www.fullnomad.com/wp-content/uploads/2016/04/logo2.pngFullNomadhttp://fullnomad.com/wp-content/uploads/2016/06/IMG_3938.jpg200px200px
About
Steffani Cameron
I'm a journalist born and raised in Vancouver, Canada. Trapped in a life others kept selling as "the dream," I decided my dream was decidedly different. I sold all the stuff I'd worked so hard to acquire, and at the age of 42 I set off searching for something else—culture, food, adventure, far off lands. In short, I sought the whole world. 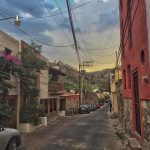 Gone to Guanajuato: A New Town, A New VibeMexico 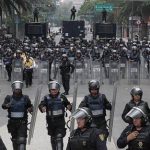